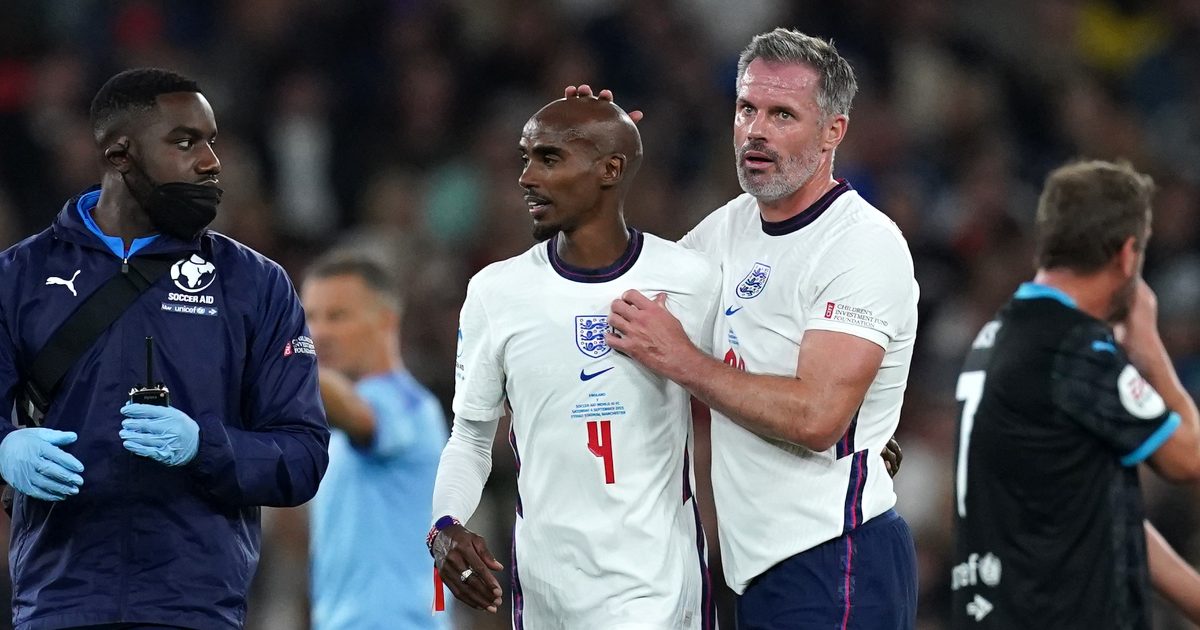 Jamie Carragher has claimed that it is “madness” to play Liverpool right-back Trent Alexander-Arnold out of his favoured position.

There has been talk over the past couple of years suggesting that Alexander-Arnold would suit playing in central midfielder later in his career.

The 22-year-old was operated in midfield during the international break as England faced Andorra.

Alexander-Arnold found it difficult in midfield and Jurgen Klopp has suggested that he did not “understand” this switch:

“If you watch our games you see that Trent’s position has already changed. Not in all games, but in games when it’s possible it changed already so there is no need to make him a midfield player.

“Why would you make the best right-back in the world a midfielder? I don’t understand that.”

The Englishman was back in his preferred position this weekend as Liverpool faced Leeds United. He shone as his side ran out 3-0 winners at Elland Road.

Speaking during Monday Night Football (as cited by The Daily Mail), Carragher said that he has “never quite got” the demand for Alexander-Arnold to play in midfield:

“I’ve never quite got it.

“When I first heart it I thought it was completely nonsense to be honest. I went from the middle to full-back under Gerard Houllier. My initial reaction was I didn’t want to play full-back but you get so much of the ball.

“Now, the way the games going, there’s normally 6-7 players in the centre of the pitch. You just get that time to get that head up.

“Trent is in that position and he’s creating so much, there’s no need to change it at all. Why would you, it’s madness to me.”

Earlier in the debate, Gary Neville suggested that he has never seen a right-back who is a better passer than Alexander-Arnold.

Neville said: “He’s the best passer of a ball at right-back that I’ve ever seen.

“He’s David Beckham and Kevin De Bruyne at right-back. I loved him against Leeds. He was breathtaking.

“The midfield thing is a no-go for me.

“I think Southgate had 10 players he had to get into the game against Andorra and Reece James went to right-back and he went to midfield, I think that was temporary.”