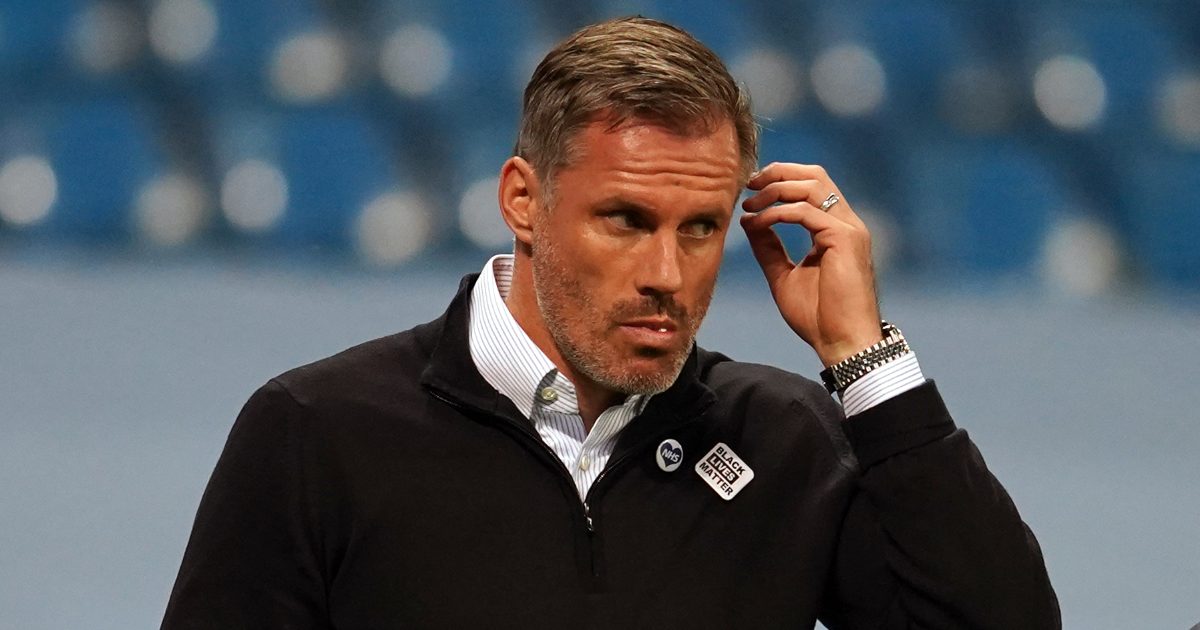 Jamie Carragher has spoken out in defence of Manchester United fans after they protested both outside and inside Old Trafford on Sunday.

Man United’s game against Liverpool was postponed on Sunday as a result of mass fan protests.

Protesters took to the team hotels and Old Trafford to express their anger at the Glazer family.

A few hundred supporters found their way into the stadium as they took their protests to the pitch and the stands inside Old Trafford.

After the postponement was announced, Carragher told Sky Sports, as cited by BBC Sport, that he was not willing to criticise Man United fans:

“We can only speak about what we saw,” Carragher said. “Do we want fans storming stadiums left right and centre and getting games called off? No we don’t.

“I’m not going to sit here and criticise Man Utd fans because I’m Liverpool. Two weeks ago fans came together. There will always be idiots who get involved. I think it’s a good thing, protesting not being happy at what’s happened at the club.

“There will always be someone who takes it too far – not just in a protest. That’s a night out with mates. There’s always someone who does something stupid.

“We’ve lost a game of football but I almost accept that. I’m sure that [trouble] will dominate the news. It happens to fans all the time. One clip goes everywhere and there are lots of other people doing good things.

“I don’t want to see other supporters scoring points against Manchester United fans. The majority of Man Utd supporters were peaceful.”

BREAKING: Manchester United's match against Liverpool has been postponed after fans invaded the pitch at Old Trafford in a protest against the club's owners.

Roy Keane also suggested that United fans “have had enough” of the Glazer’s:

“I’m disappointed the game is off. We all are.

“United fans have had enough. They’re doing this because they love the club. It’s not just the last few weeks and the Super League, it’s been building for years. They’ve thought enough is enough. It’s a huge statement for the game to be called off.

“This has been the build-up of the last few years. The leadership of the club hasn’t been good enough. When they look at the owners they think it’s all about making money. I believe the United fans are doing this because they love the cub.

“People might not agree but sometimes you have to put a marker down for people to notice. This will go all over the world. Hopefully, the owners see the fans are deadly serious.

“There’s more to come, this is just the start from Man Utd fans, I guarantee you.”