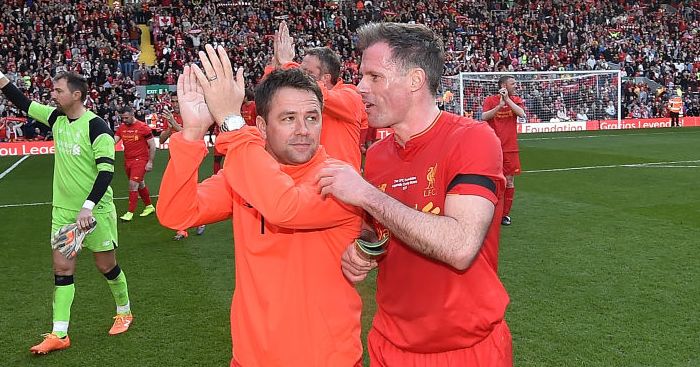 Liverpool legend Jamie Carragher revealed how he tried and failed to convince then manager Rafa Benitez to re-sign Michael Owen in 2009.

Carragher was dicussing Michael Owen’s move to Manchester United on a free transfer on his Greatest Game podcast, and revealed how he got in touch with Benitez to persuade him to hijack the move.

He said: “Someone told me, I got wind of it and I phoned you straight away, you went ‘I am signing in two days’. I got in touch with Rafa, said ‘Owen is on a free and he is about to sign for Man United in two days. Whether you like him or not, do it to stump Man United.’

“He is happy to sit on the bench, whatever. You look at it now and I think we had just signed David Ngog and they were like ‘no we don’t want to do it, let it go’.”

Owen claimed it is now “torture” when he returns to Anfield.