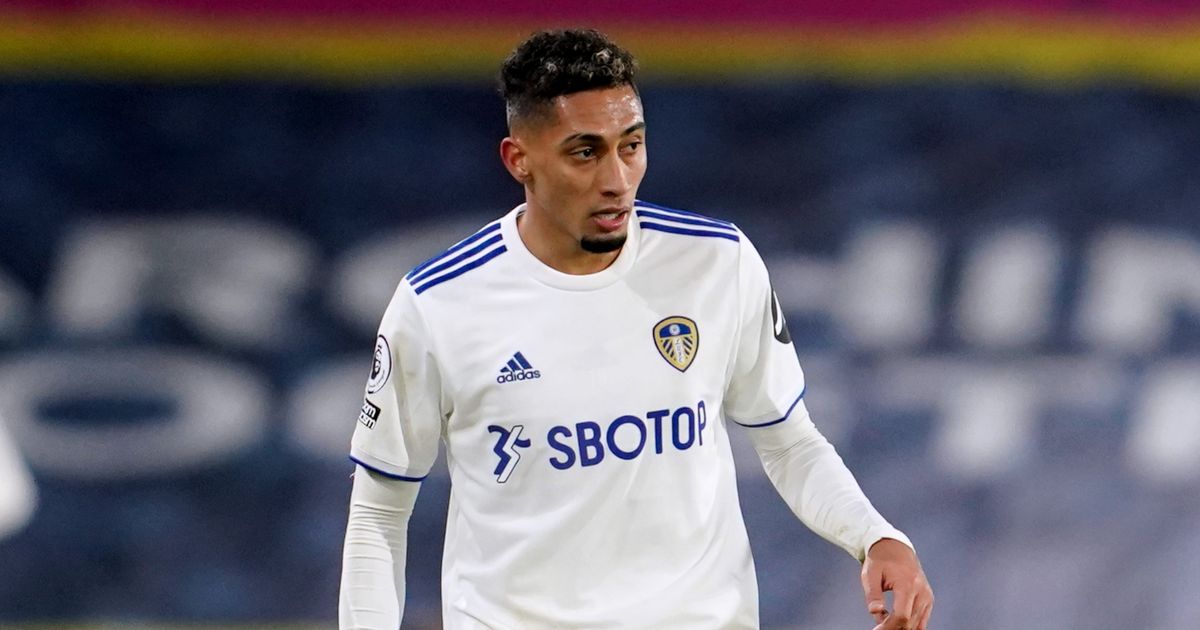 The Yorkshire outfit signed him in October from Rennes for a fee of around £17m after the Brazilian had impressed in one season with the French club.

And now Raphinha has picked up where he left off at Rennes with four goals and four assists in 14 Premier League starts for Leeds.

OPINION: F365 says: Raphinha is perfect for Leeds, and Liverpool…

That has already led to reports that he could move clubs again this summer with France Football claiming that Raphinha features at the ‘top of their shortlist’.

And former Liverpool defender Carragher has been “really impressed” with the 24-year-old.

“We’ve all been there as players and as soon as someone comes in, you think: ‘Aye, aye’,” Carragher said on Sky Sports.

“Some of his touches and his play when he comes inside, we’ve highlighted his movement as well.

“I was really impressed with him when I watched him at Leicester last weekend as well, not just by Raphinha, but (Patrick) Bamford as well.

“You see that shot there (before Bamford’s goal against Palace), that’s so typical of a wide man, that penetrating run that we talk about with Salah, Mane and Sterling, all the great wide players. They make that run and he does. He has great quality on the ball.

“He assisted Bamford certainly in that Leicester game when he fired that pass in and you look at his numbers there, he looks like a real player, certainly of late.

“I think we mentioned before the game that he’s been involved in seven goals in the last eight games, so he’s always a huge threat and that’s always telling when your team-mates know from one training session.

“I’ll never forget one player – as soon as Xabi Alonso came to Liverpool – it’s like you could tell in the session, the way he passed, the pace of the pass, the noise of it, as a dressing room you sort of step back and say that we’ve got one here and it sounds like that was what the Leeds dressing room did (with Raphinha).”

On whether Raphinha’s current form would be attracting admiring glances from other clubs, fellow pundit Chris Coleman said: “On current form, of course. I don’t think we’re saying anything that Leeds don’t know or Marcelo Bielsa doesn’t know.

“The Leeds players will be talking about that, if you have a standout player like that who keeps producing performances at that level – and that’s probably the fourth or fifth time I’ve seen him this season and he’s been up there – it’s obvious you’re going to get attention from the big boys.

“Leeds United will know that.”