Home All The News Carragher: Liverpool could have won PL in 2009 with Mane 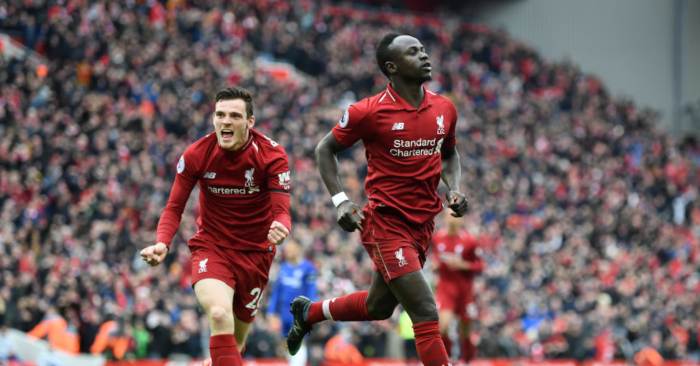 Jamie Carragher thinks that Liverpool would have pipped Manchester United to the Premier League title in 2009 if they had Sadio Mane in the team.

The Reds finished the season in the 2008/09 season four points behind champions United despite only losing two matches all season.

When asked on Sky Sports if Mane or Mohamed Salah is more important to Liverpool’s title chances this season, Carragher said:  “They’ve got the same amount of goals. I’m a massive fan of Mane.

“People talk about Jurgen Klopp and the signing of Salah, unbelievable… Van Dijk.

“If Liverpool or City win the league, a lot of it will be down to the wide players. When we challenged Manchester United in 2009 we didn’t have that wide player. Go through history at the teams who have won a title and the wide players stand out massively.

“I’d go as far as to say if we had Sadio Mane in that team in 2009 we would have possibly won the league, that was the only thing that was really lacking.”