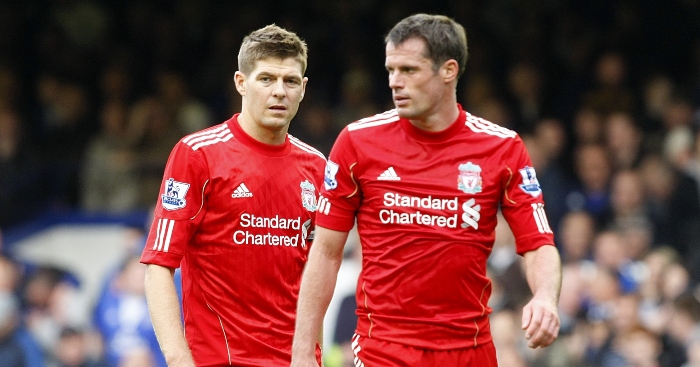 Jamie Carragher has named Barcelona striker Luis Suarez as the teammate who “stood out” alongside Steven Gerrard at Liverpool.

The Uruguayan striker scored 82 goals in 133 appearances for the Reds, before securing a move to Barcelona in 2014.

“Yes, during my time at Liverpool there are two players that really stand out, I would say – Steven Gerrard and Luis Suarez,” Carragher told World Football Index.

“If you look what Luis Suarez has gone on to do for Barcelona, and also his country of Uruguay, helping them to win a Copa America and get to the semi-final of the 2010 World Cup in South Africa, it shows how far he took such a small country.

FEATURE: Five players who have led by example during football’s break

“At international level it is difficult to say because I played with such great players for England and a lot of them were Manchester United players (unfortunately!) such as Paul Scholes and Rio Ferdinand,” Carragher continued.

“Frank Lampard and John Terry were also very good for England, and players that were labelled a ‘Golden Generation’, and we accept that, but you must also remember that there were many special players involved in the squads of our international opponents.