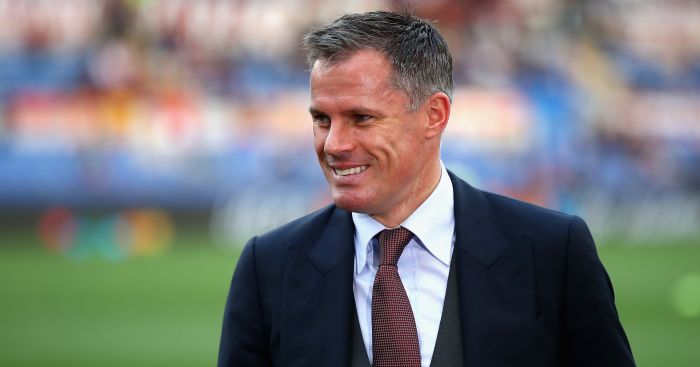 Klopp came in for criticism on Sunday after Liverpool failed to regain top spot in the Premier League with a 0-0 draw against Everton.

You can read 16 Conclusions on the game, which called out Klopp for making negative changes compared to the more positive ones that Marco Silva enacted.

The Liverpool boss came out fighting post-match, insisting his side had taken enough risks to win the game.

But Carragher also felt that the German’s substitutions – as well as Liverpool’s inability to sign Nabil Fekir – were an issue.

“I do look at the changes from the bench, I don’t think they were great last week at Old Trafford, the first substitution when Daniel Sturridge came on,” Carragher told Sky Sports.

“Then today I was looking at the substitutions and thinking ‘bring Roberto Firmino on, try and get someone behind Everton’s midfield’ and he stayed with the three in midfield.

“If you’re bringing Firmino on, play him as a No 10 and play two central midfield players so instead of having three midfield players that Everton’s midfielders can see in front of them, put one in behind them.

“Now maybe Klopp thinks at that stage that it isn’t a bad point. Liverpool have only lost one game this season, I played in a season when we only lost two games and never won the league. It doesn’t matter how many games you lose, it’s points that you drop and these points at the moment are proving vital.

“You just look and think ‘could they have been more proactive in the substitutions that they make?’ We’ll only know that at the end of the season.”