Home All The News Carragher: Man Utd should sell Pogba this summer 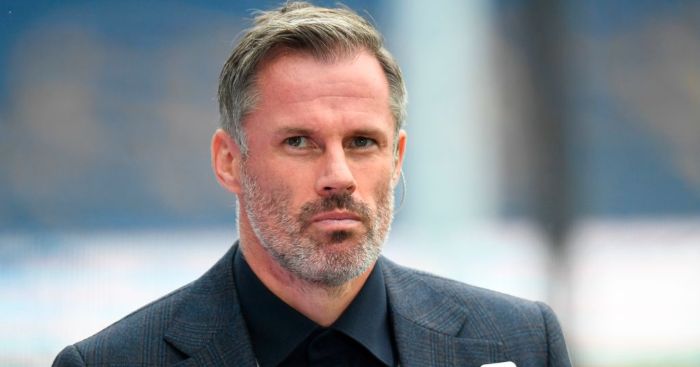 Liverpool legend Jamie Carragher has criticised Man Utd star Paul Pogba and he has insisted that they should sell him this summer.

Pogba has been the subject of regular criticism since he rejoined Manchester United. His second spell at the club began in 2016 as he signed for them in a record-breaking £89m deal from Juventus.

In the four years since then, his form has been very inconsistent. He struggled with injuries for the majority of last season, as he was only able to make 22 appearances in all competitions.

He started the new season as one of Ole Gunnar Solkjaer’s first-choice midfielders. But after United’s heavy defeat to Tottenham, he received a lot of criticism and he was dropped from the team.

Pogba has only started twice for Man Utd since that 6-1 loss. Solksjaer has been preferring to play Bruno Fernandes, Fred and Scott McTominay in midfield over the Frenchman.

The Liverpool legend told talkSPORT that Pogba is not a “great player”:

“I think in some ways everyone is unhappy with his positioning.

“He fact we are still talking about four and a half years later it suggests he’s never been good enough in different tactical set-ups.

“Would I pick Pogba in the United team now? No I wouldn’t. I don’t think he’s a great player. I’ve said it before. I thought he may have the impact of Lampard at Chelsea, Gerrard at Liverpool, Yaya Toure at City.

“Those players drove their teams to titles and European Cups. When you are that man to take United to the next level, and that’s winning titles and European cups, that’s what we were almost told was coming when he was the world’s most expensive player.

“We were told he’d done it for Juve, been in Champions League finals and it just hasn’t happened for him at United and I’d be looking to move him on now.

“Pogba’s fans are saying Jose was too defensive, Ole isn’t a top-level manager, I’d be looking at myself.

“He’s played enough games for United now and finally Ole has said, maybe rightly so, Fernandes is my player. He’s been really good since coming in January so I’d be looking to take the money on Pogba.”