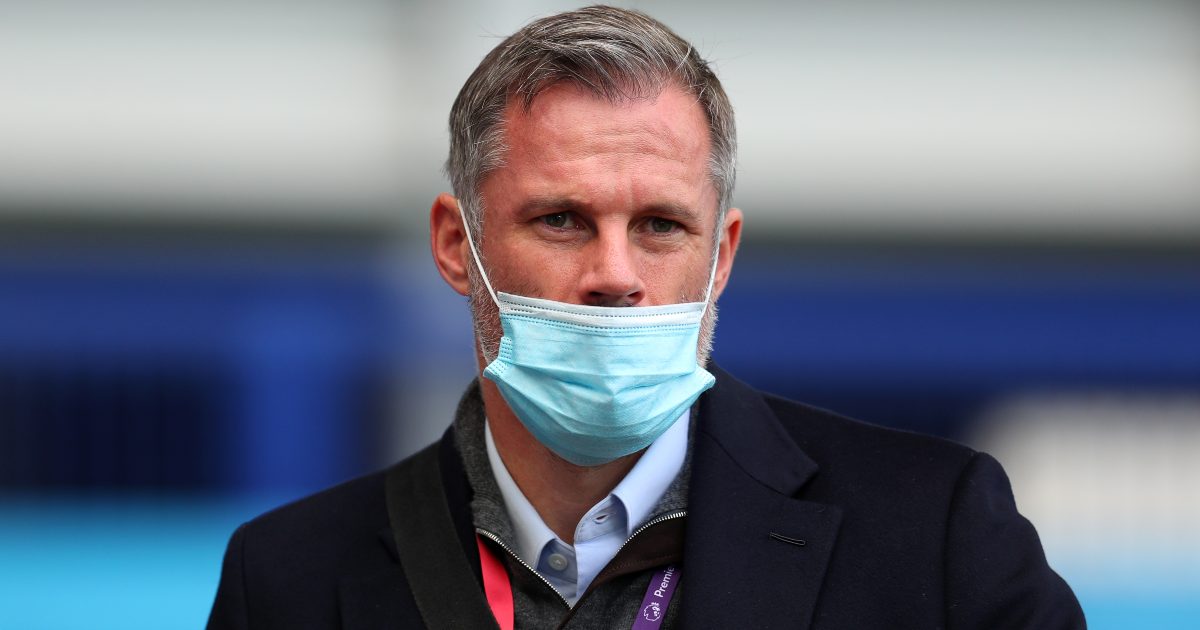 Jamie Carragher would make five changes from the England team that drew 0-0 with Scotland for their game against the Czech Republic.

The Three Lions were criticised after their goalless draw against Scotland at Wembley on Friday night.

This result leaves them level on four points with the Czech Republic in Group D. Their rivals currently top the group on goal difference.

Can we all calm the f*** down about England, please?

England face the Czech Republic in their final group game on Tuesday night. In his column for The Telegraph, Carragher called for Dominic Calvert-Lewin to come in for Kane:

“If Kane scores, many will say he has ‘proved people wrong’. Football has evolved beyond the point where a striker’s performance is judged solely on whether he scored. It’s the general play for 90 minutes which must be of the highest standard. That is what the top coaches judge.

“The days when converting a penalty or scoring a tap-in is considered ‘job done’ are long over. Kane doing so against the Czech Republic will be no measure of form for the rest of the tournament unless the overall level improves.”

Carragher has also argued that Harry Maguire and Jordan Henderson should come in to give the duo some much-needed minutes:

“Elsewhere, it makes sense to bring in Harry Maguire to get him up to speed for the rest of the competition. Kyle Walker’s experience was missed against Scotland, and I do not think Reece James did enough to keep him out. As well as Kieran Trippier played against Croatia, Luke Shaw is worth persisting with for his attacking threat because England sure to have more possession against the Czechs.

“If Jordan Henderson is not involved on Tuesday, the question will have to be asked whether it made sense to include him in the squad. Give the Liverpool captain an hour alongside Declan Rice and gauge where his level is.

“That does not mean Kalvin Phillips won’t come back in for the knockout stage, but will at least allow Southgate to be clearer about his options for the rest of the competition.”

The Liverpool legend went onto suggested that Jack Grealish should start ahead of Phil Foden:

“Jack Grealish’s time has come. I was torn between playing Phil Foden more centrally or sticking with Mason Mount. Mount stays, for me. Sterling has to keep his place. England need his raw pace, although it is not ideal switching him from the left to the right.

“I do not understand the clamour for Jadon Sancho to start. Who for? The nation is demanding Grealish, and how can Southgate drop Sterling after everything he has produced for England? He has arguably been the best player of the Southgate era. Sancho is yet to replicate his club form for his country in such a way to justify replacing Sterling.”