Home Everton Carragher names the one ‘mistake’ Ferguson made with Kean 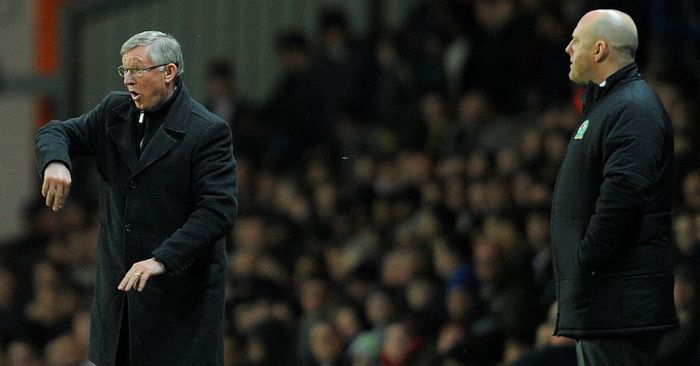 Kean was brought on in the closing stages of Everton’s 1-1 draw with United at Old Trafford, but taken off in the 89th minute as the Toffees held out for a point.

John Arne Riise has been among those criticising Ferguson for making an apparent example of the summer signing – although the interim manager claims to have only made the substitution to waste time.

Carragher feels the call could have been justified, albeit if dealt with in a different way.

“Ferguson has had a lot of criticism since the game about the decision with people are saying you can’t do that to a player,” Carragher said on MNF.

“Yes, you can do it to a player. I played in a cup final against Manchester United where Gerard Houllier took Milan Baros off in exactly the same situation. Baros was crying at the end of the game.

“A manager’s job is to get the best result for his team – it has to be.

“This is not a selfish decision by Ferguson. He’s made a mistake by not embracing Kean as he’s come off, but going back to the decision, you can make the decision. However, there’s no doubt: me looking at the performance of Kean, I don’t think he deserved to come off.

“Having heard the noise, I analysed the performance and I think he’s a bit unfortunate. If you look between the 70th and 89th minute, Moise Kean does more sprints than anyone else, and more high-speed runs than anyone else.

“The point I’m making, when you come on as a sub, that’s why Duncan Ferguson brought him on – to provide that energy. I was impressed with him going on against Leicester, and what we’ve shown is the reason why he looked at times to be puffed out.

“I had an experience myself, coming on for Gary Neville in an England game in Poland. I was normally playing centre-back, I came on before half-time for Gary.

“The winger went past me two or three times before half-time, and I went in thinking I was going to come off at half-time. It was the biggest relief of my life that I was allowed to go out for the second half. I’d got my second wind, I was ready to go out, and I was fine.

“But I had a massive fear, and I was a terrible sub. I started a lot of games and I’m not someone you’d normally bring someone on, unless there was an injury. I really struggled at times with that.

“You almost feel not ready for the game, you think everyone’s quicker than you. I have a bit of sympathy with Moise Kean, he was bending down, blowing, that happens when he comes on.”