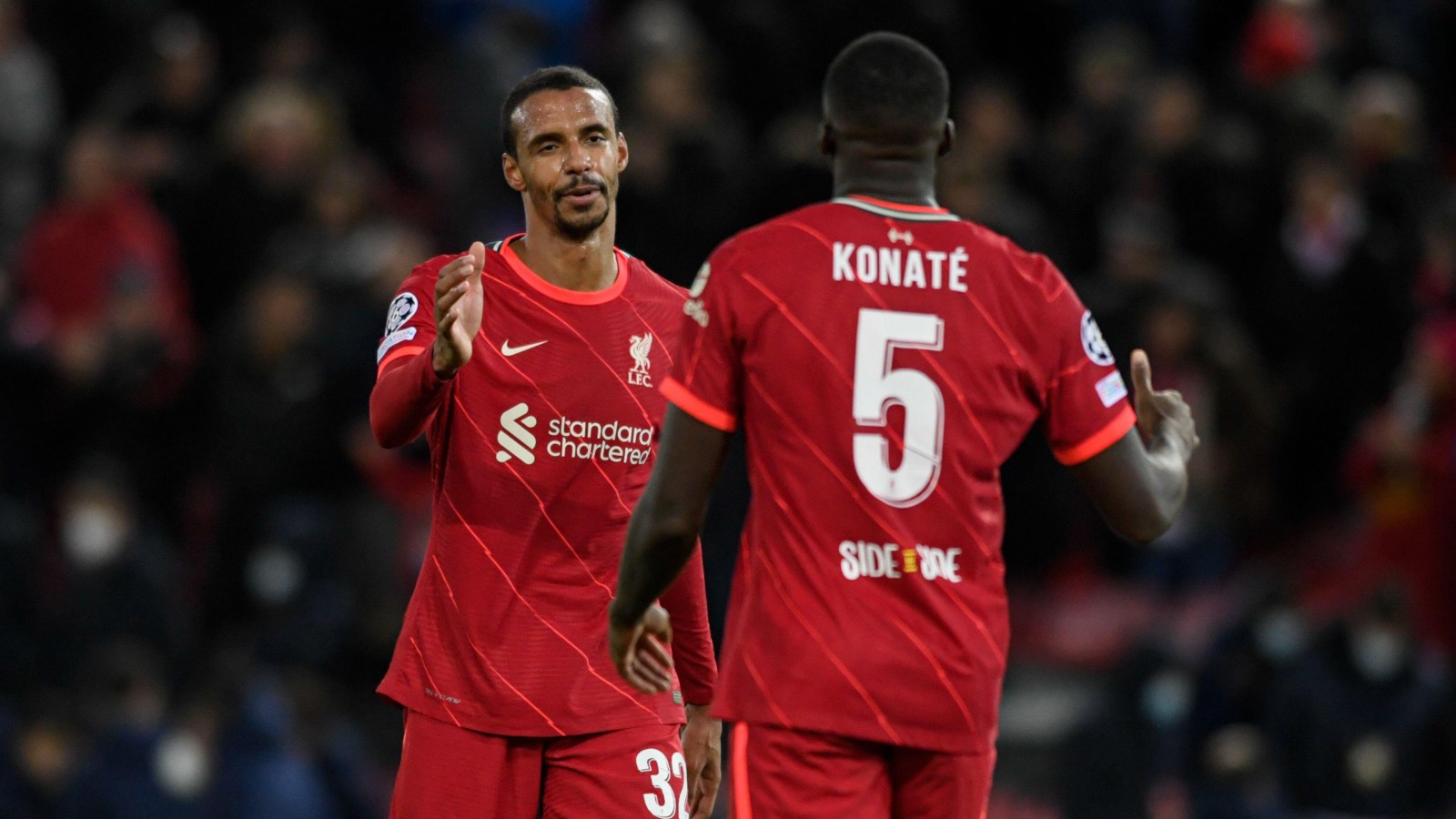 Jamie Carragher believes Joel Matip has the edge over Ibrahima Konate for a starting role alongside Virgil van Dijk in the Champions League final.

Liverpool head to Paris on Saturday to face Real Madrid as they go on the hunt for thier seventh European Cup and third trophy of the season.

Barring injuries, the vast majority of Liverpool’s starting line-up picks itself which one of the biggest talking points being who starts in the centre of defence.

Following a minor injury suffered in the FA Cup final win over Chelsea, Dutch captain van Dijk looks set to be fit for Saturday nights clash but Matip or Konate could start alongside him.

Cameroonian Matip has been in superb form so far this season and is the more experienced of the two but summer signing Konate is yet to lose a game in a red shirt.

The Frenchman’s exceptional pace could also have given him the edge against Real as Liverpool look to control the threat of Brazilian winger Vinicius Junior.

However, a mistake in the build-up to Wolves’ opening goal on the final day of the Premier League season could have harmed his chances of start in Paris.

Although Liverpool came back to beat Wolves 3-1, Carragher has admitted he isn’t too sure Konate will start anymore, claiming Liverpool manager Jurgen Klopp will go for Matip instead.

Speaking on the Blood Red Podcast, the former Liverpool defender said: “I thought Konate was going to play, but I thought this morning if that could have put some doubt in Klopp’s mind.

“I felt Konate would play because of his extra pace to help Trent [Alexander-Arnold] on that side with Vinicius,” Carragher said.

“But Joel Matip doesn’t make mistakes really, you also have to take into account Konate playing on that left side, it’s never as comfortable as easy.

“I think that has made it a 50/50 decision now. I was convinced that Konate would play, now I’m not so sure.

“I think he might look at his record and see that he’s never lost whenever he’s played, and he made a mistake in the last game, but that pace, physicality and set-pieces. Imagine him and van Dijk going up for set-pieces every time?

“I think it’s a 50/50 one, but I think he may just plump for Matip in the end just because he’s a steady and calm influence.”