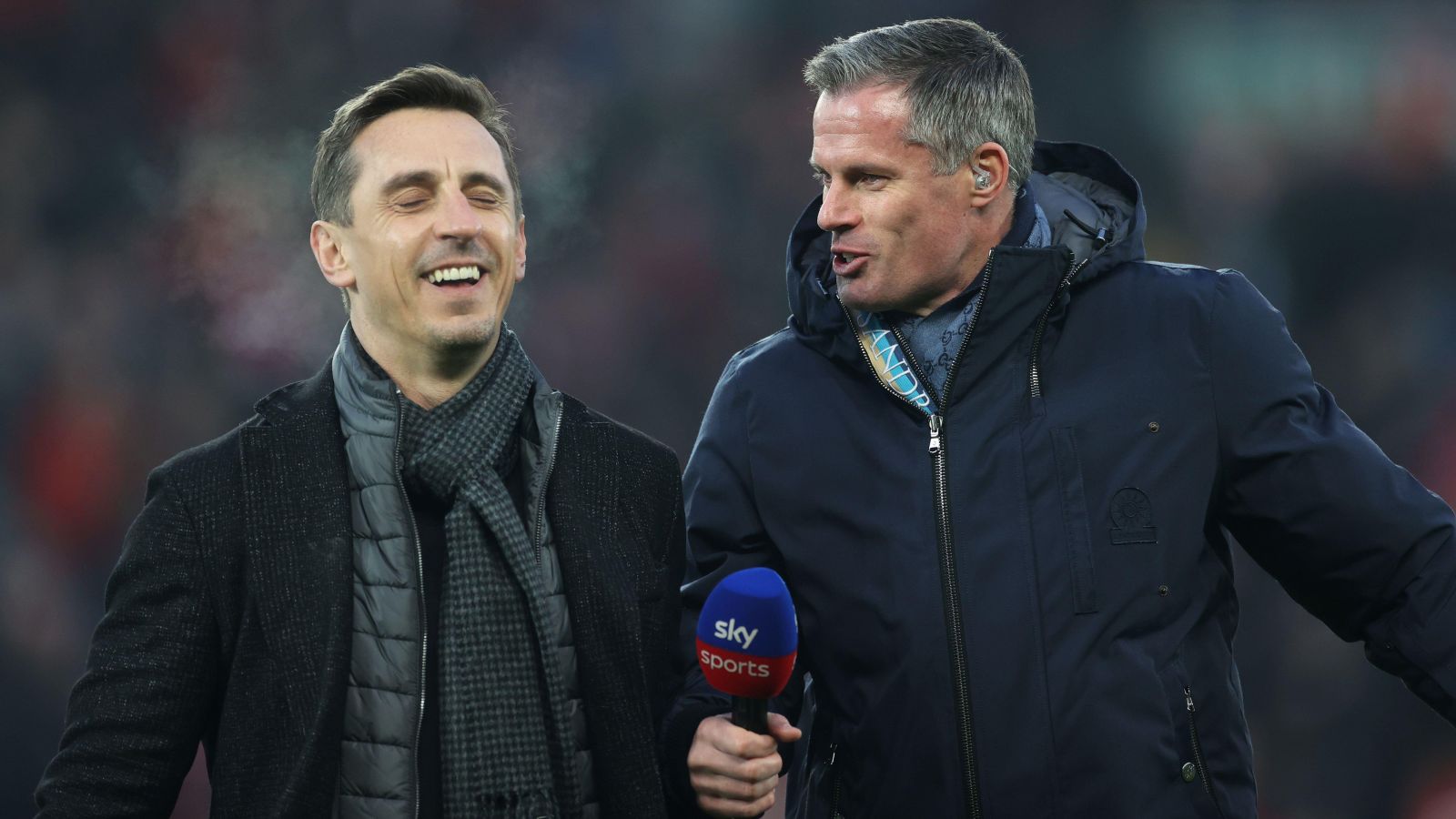 Jamie Carragher is “confident” Liverpool will win the Champions League final on Saturday but Gary Neville is predicting a Real Madrid victory.

The Reds have already won the League Cup and FA Cup this season and came just a point behind Manchester City in the race for the Premier League title.

It has been a phenomenal effort from Jurgen Klopp’s men this campaign and they will secure a treble if they can get the better of Real Madrid tomorrow.

And former Liverpool defender Carragher is backing them to do just that despite Real Madrid’s “spirit” in beating Manchester City and Chelsea on their way to the final.

“Real Madrid are a very good team but they’re not as good as Man City and I don’t think they’re as good as Chelsea – even though they beat both of them.

“You can spin it both ways with the spirit, the winning, the coming back, but they’ve carried a lot of luck in those games, which you need. If you win every game in the last minute coming from behind, if you’re that good a team you don’t get yourself in that position all the time.

“Man City should have battered them, they should have won [their semi-final first leg ] 6-2 at home – and then they’re 3-0 down at home to Chelsea.

“Of course, Real can win – it’s a one-off game. I just think if City or Liverpool were playing Real Madrid in a one-off game, having their team and playing near their best, they’d win the game. I’m confident.”

However, Neville thinks Real Madrid will exploit the Liverpool midfield in the last 15 minutes of the match to lift yet another European Cup.

“I don’t think Liverpool will win the European Cup,” Neville said on The Overlap podcast. “I’ve thought a lot about [the final in] Paris and I’ve thought about Real Madrid and why they’ve won their games, why they keep coming back.

“I thought back to 1999 and how we kept coming back in games and winning late on. It was our midfield of [Roy] Keane, [Nicky] Butt, [Paul] Scholes, [Ryan] Giggs and [David] Beckham. They were absolutely phenomenal, beyond any level of what I’ve ever seen.

“I look at Real Madrid’s midfield in Casemiro, Kroos, Modric – plus the two that come in late with Valverde and Camavinga – those five players drive them right from the first minute and right to the end. And Carlo Ancelotti interferes with them until the very end.

“I think Liverpool’s midfield is their weak point and in the last 15 minutes that midfield for Real Madrid – the five of them combined – will see them win the game on Saturday.”