Home Arsenal Carragher, Neville explain why they ‘fear’ for Arsenal next season after Newcastle blow 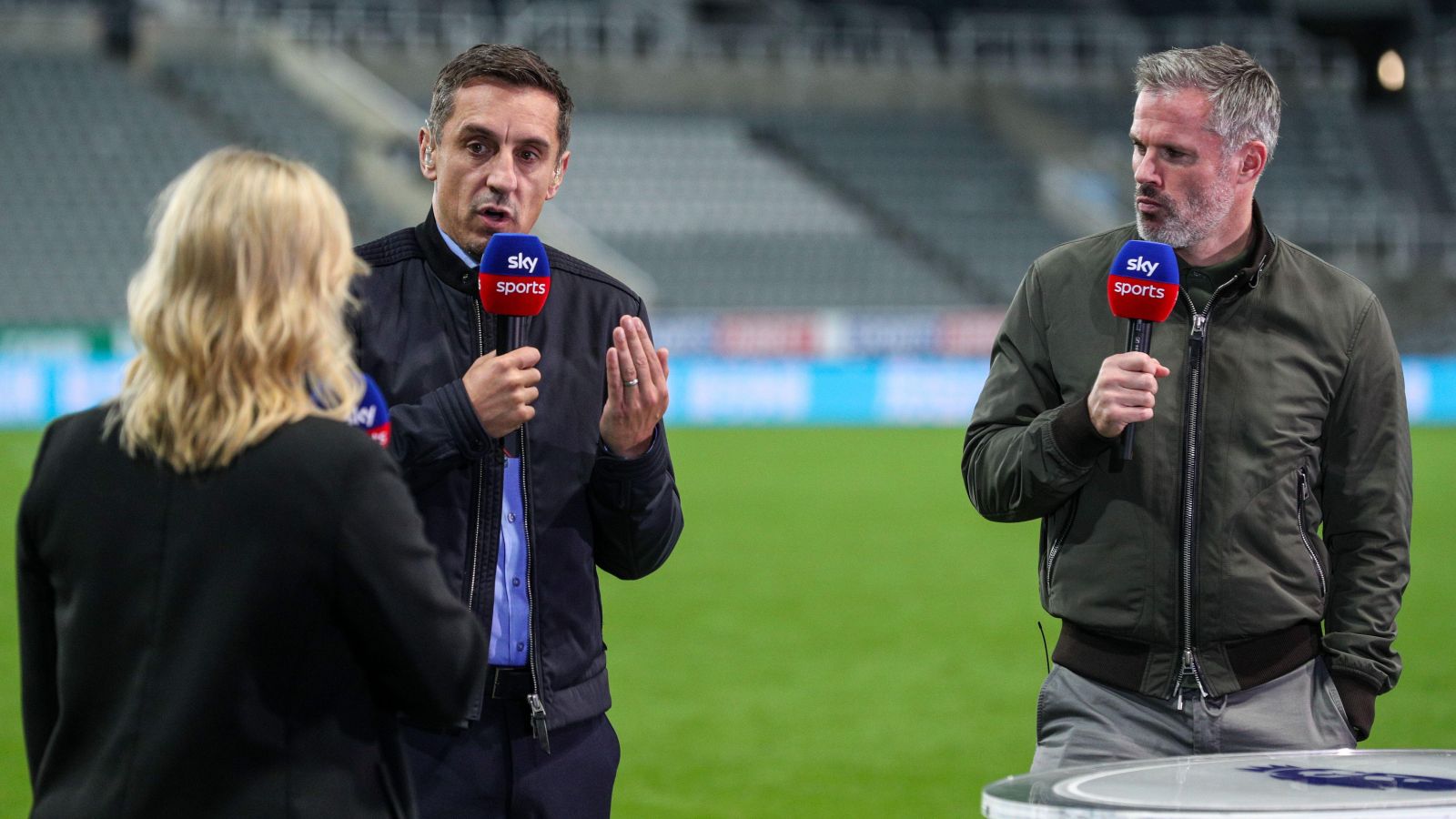 Jamie Carragher fears for Arsenal next season after their 2-0 loss to Newcastle United on Monday night, while Gary Neville called it “more than just a defeat”.

The Gunners knew a victory over the Geordies would put them in pole position to finish fourth going into the last game of the season but instead they find themselves two points behind Tottenham.

Spurs’ far superior goal difference means they know a point at Norwich City on the final day should be enough to beat Arsenal to the final Champions League qualification spot.

Newcastle took a 55th-minute lead against Arsenal on Monday thanks to an own goal from Ben White before Bruno Guimaraes wrapped up the points for Eddie Howe’s men.

And Carragher – who can’t see Arsenal leapfrogging Tottenham on the last day – thinks Mikel Arteta’s side could struggle next season if they fail to qualify for the Champions League.

“Yes, it is over [for Arsenal] and I think that’s a massive problem, [and] not just this season,” Carragher said on Sky Sports. “I think it’s a huge problem for Mikel Arteta and this Arsenal team going forward.

“[They will be in the] Europa League next season, [playing] Thursday-Sunday. They’ve had a big opportunity this season having no European football.

“That was a big advantage for them. They are not in the best four sides in the country but they had an advantage on the other teams and they still haven’t made it. I do really fear for Arsenal and Mikel Arteta next season, that’s a real bad one tonight.”

“They’re a very ‘streaky’ team” 😅@GNev2 and @Carra23 discuss Arsenal’s future after today’s defeat to Newcastle dropped them out of the top four. pic.twitter.com/Sk79I2h95B

Neville added: “It’s a bad one. I remember United losing that Europa League final against Villarreal and thinking it was more than just a defeat in the final.

“The body language of those Arsenal players at the end tells you it is more than just a defeat. It is a big one for them. I never fully trusted them to get top four all the way through, to be honest with you.

“It shows us where they are at. They got schooled on Thursday at Tottenham, they’ve lacked experience tonight on and off the pitch. That will cause them a big problem tonight.”