Home All The News ‘I fear for’ – Carragher and Neville predict who out of Burnley, Leeds or Everton will be relegated 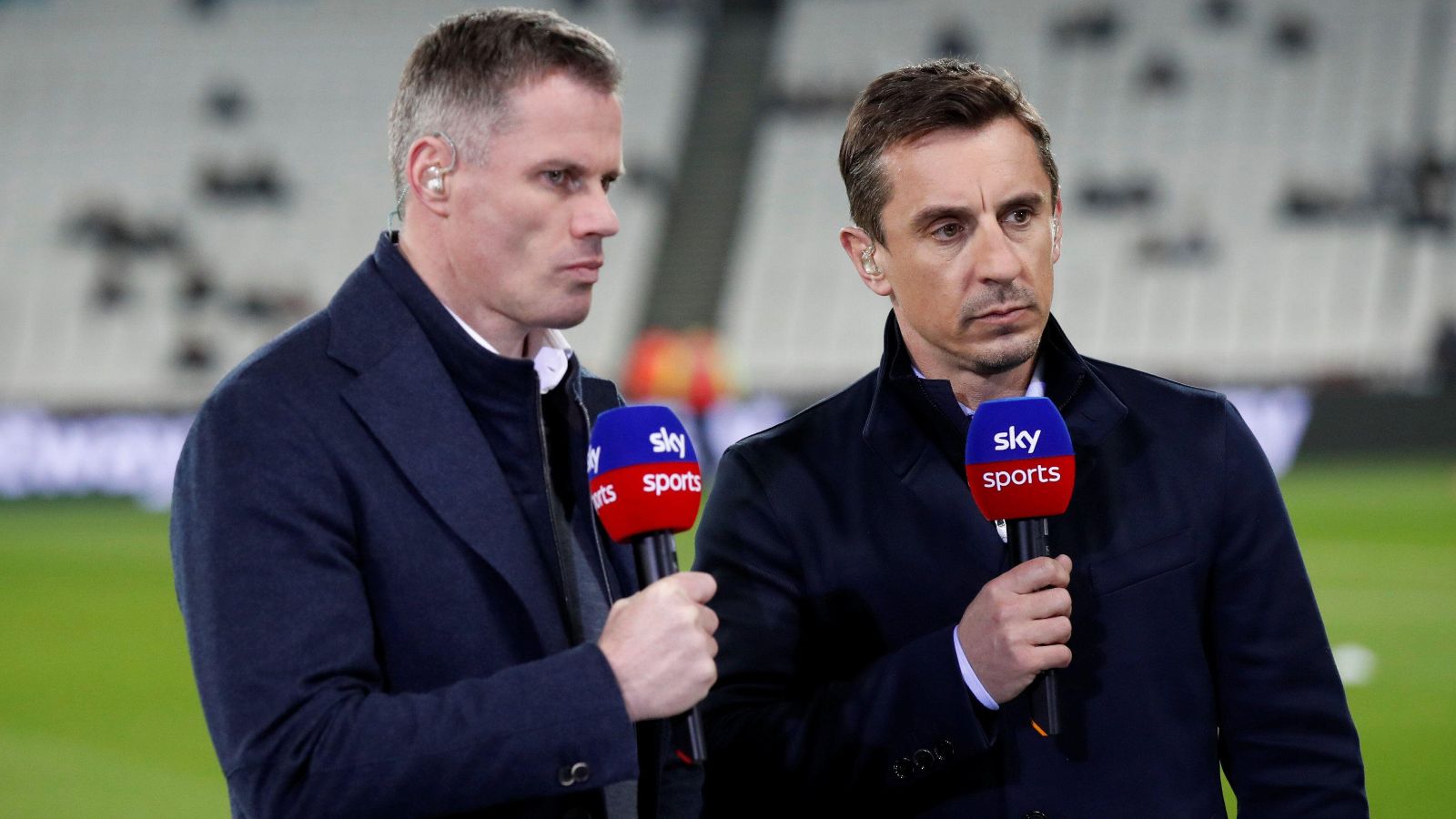 Jamie Carragher and Gary Neville have given their thoughts on who will be relegated out of Burnley, Leeds United or Everton.

18th-placed Burnley currently sit a point adrift of Leeds United, while Everton are a point better off in 16th. The Clarets and the Toffees have two games to play while Leeds have just one.

Burnley and Everton were beaten by Tottenham and Brentford respectively over the weekend. Leeds meanwhile salvaged a point late on as they drew 1-1 against Brighton.

Leeds second season syndrome is collective; no individual including Marsch is to blame

Burnley and Everton both have away games on Thursday. The latter face Crystal Palace while Mike Jackson’s side travel to Aston Villa.

Leeds have the disadvantage of having a far worse goal difference than their rivals heading into the final round of fixtures. Carragher and Neville both “fear for” Jesse Marsch’s men:

“I think Everton will be okay. I do believe that. Listen, there will be a real panic there if they don’t get a result against Crystal Palace,” Carragher said during Sky Sports’ Monday Night Football.

“But Everton have got to remember where they were two weeks ago before that Chelsea game. I think they were five points behind, so they are still in a really good position.

“I fear for Leeds. I think Burnley can get something out of their next two games, whether that’s their last game [or their next versus Villa]. I’d still say Leeds to go down.”

Neville added: “I think Leeds [will go down]. I think Burnley get something but I don’t think Leeds get anything at Brentford. I might be wrong but I think Leeds are in trouble.

When asked whether it’s possible all three teams fail to pick up another point, Neville continued: “That could happen. But I do feel that Burnley will get something against Villa or Newcastle.”

Leeds boss Marsch is aware that his side must to be at their best to beat Brentford on the final day:

“This is a psychological battle we are in. We need to show up next week and show us at our best. What you see is we are put in difficult situations and the resolve of our team. We need to be able to show that at the beginning of matches too. It is a fight. Nothing comes easy for us.

“We seem to dig holes and then have to find a way to dig out. We are ready. We are going to invest everything we have in this last match and see if we can do this.

“It is all about focusing on results. We need to stay strong with each other and not get frustrated. Stick to match plans and try to find a way to win the game.”