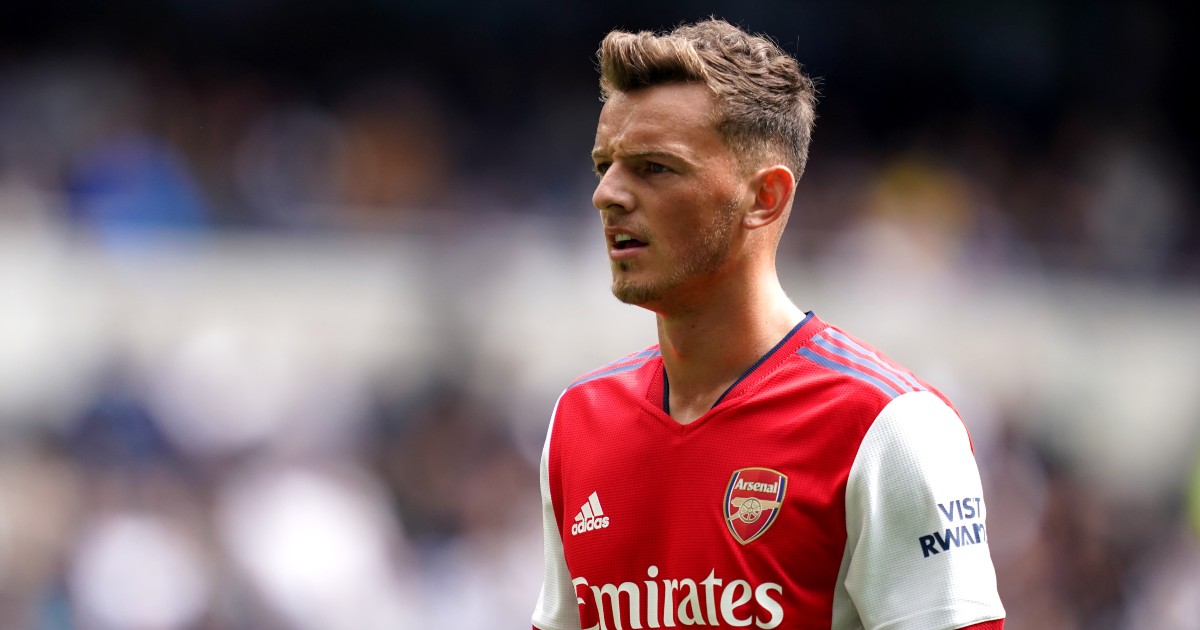 Jamie Carragher was relieved that Liverpool did not challenge Arsenal for the signing of Ben White.

White became one of the most expensive defenders in history when he joined Arsenal from Brighton for £50m.

The centre-half had impressed in his sole Premier League season with the Seagulls, earning an England call-up for Euro 2020 and attracting interest from further afield.

Liverpool were linked in summer 2020 but were said to have serious misgivings about White’s ability in the air – an issue which reared its head as Arsenal opened their Premier League campaign with a defeat to Brentford on Friday.

The Gunners were stunned by goals from Sergi Canos and Christian Norgaard as the weaknesses of debutant White and the rest of his new defensive teammates were thoroughly exposed by the newly-promoted Bees.

Carragher feels it is a problem White must learn to deal with.

“Now, you want to see him do well,” he told Sky Sports. “It’s a big price tag but I must say as soon as Arsenal bought him and he was linked with Liverpool for the last 12-18 months and my fear was ‘I wouldn’t want him to come to Liverpool,’ because he’s not tall enough or not good enough in the air.

“When he played in at a back three at Brighton the two next to him were giants, Webster and Dunk. So you can step in with the ball, not so much of a problem with set-pieces or long throws.

“But your two centre-backs in a back four need to be good in the air. That’s coming from me, I couldn’t dominate anyone in the air. Sami Hyypia’s job was to really dominate and I’d hopefully win 60-70% of my headers.

“But when I said in commentary about being clever, it’s about using your body, being clever as the ball’s coming, ease someone out but he is a young player.

“He’s not gonna get any taller so he’s going to have this problem. People are gonna watch tonight and think ‘just play long balls on Ben White’s head’ and you’re going to get joy as proven tonight.

“So he either has to get somebody in front of him, or be a lot stronger and cleverer in his body movement.”

Daniel Levy was right all along.