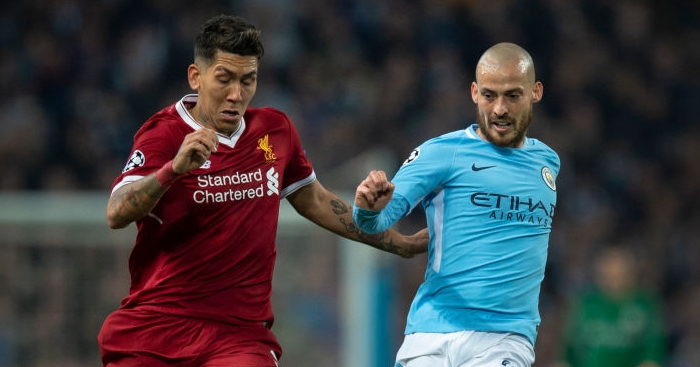 Jamie Carragher has backed David Silva to be named the Premier League Player of the Year this season.

Silva joined Manchester City in 2010 and has been central to their success since, but individual awards have been difficult to come by.

He has been named Premier League Player of the Month once, Manchester City Player of the Season once, and has taken his place in a PFA Team of the Year just twice.

He was named on the Player of the Year shortlist last season but missed out as Mohamed Salah eventually pipped Kevin de Bruyne in the vote.

Carragher feels that wrongs can be righted this season after Silva capped his first start with a goal in the 6-1 win over Huddersfield.

“He never seems to come into the reckoning for it but consistently over an eight-year period there has been nobody above him,” Carragher told MNF Extra.

“With Silva, it feels like you get the same performance almost every game. So you notice it more when he doesn’t play well than when he does because his performance levels are so consistently high.

“When I talk about him being Player of the Year, I am thinking of it in terms of his service to Manchester City and the Premier League. It would be brilliant if he could pick something up like that, not just for him but for football, because he has been a special player.

“I think when he is finished we will be talking about one of the all-time great Premier League players.

“The stats speak for themselves but sometimes with a player like that, the stats still don’t tell the full story because he is a player that you just love to watch.

“Even if he doesn’t get a goal or an assist in a game, you just enjoy watching him play. It makes you feel good when you watch him, that’s the only way I can describe it.”