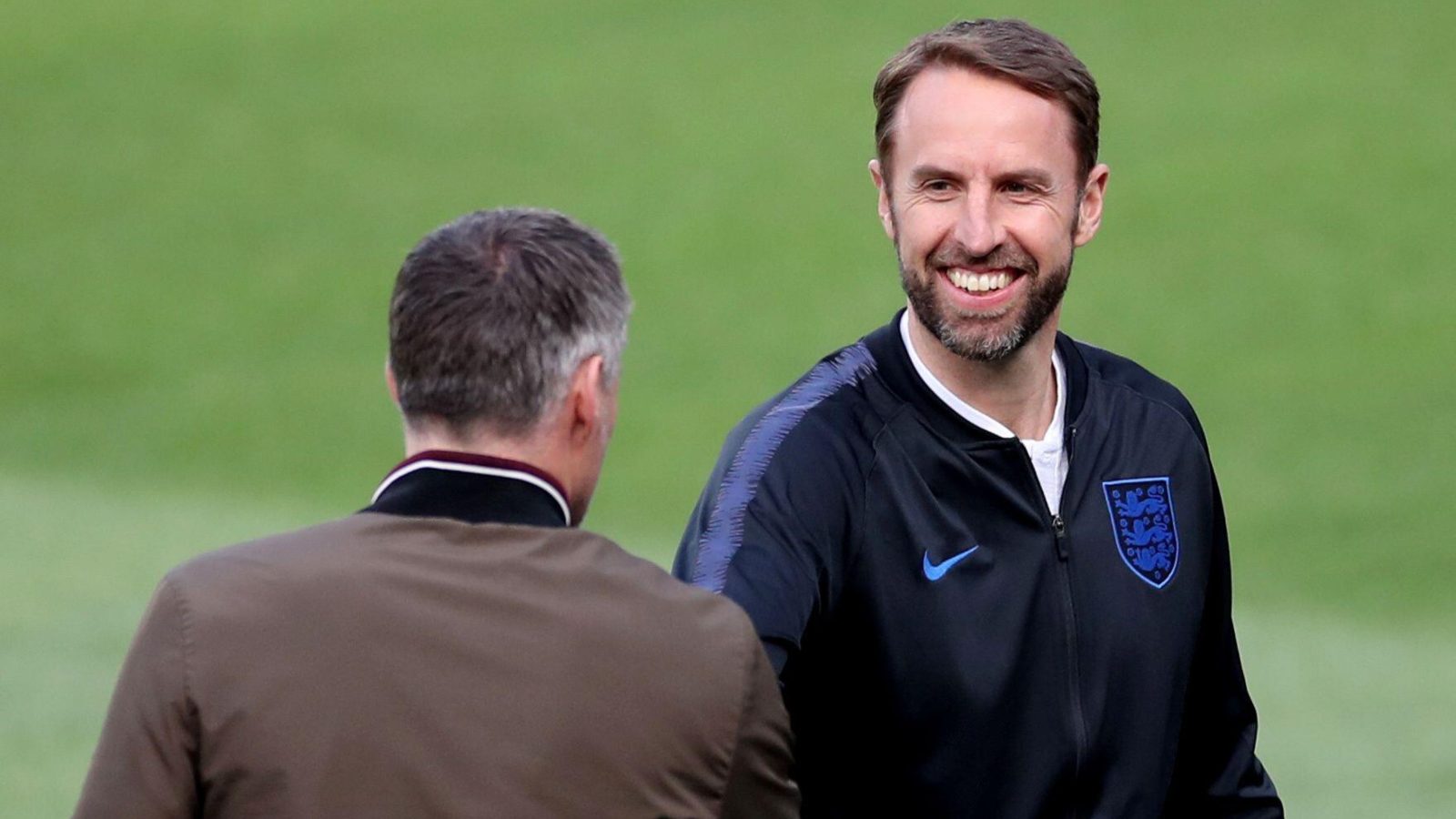 Jamie Carragher reckons England boss Gareth Southgate already had one eye on a potential quarter-final against France as he chose his team for their 3-0 win over Wales.

The Three Lions comfortably saw off Wales on Tuesday night with a brilliant Marcus Rashford brace coming either side of a Phil Foden tap-in.

Victory secured their place in the second round as Group B winners, meaning they will face Senegal next before a potential clash against France in the quarter-finals.

And Carragher has heaped praise on the England boss for getting “it right again” following criticism of their performance in a 0-0 draw against the United States last week.

Carragher wrote in the Daily Telegraph: “All hail Gareth Southgate. He gets it right again. There is a critical difference between Southgate and every England manager of the last 30 years: his ability to drown out the noise and focus on the bigger picture.

“Southgate never panics, is never rattled by criticism and never makes knee-jerk decisions. Amid the hysteria of an international tournament, he is the figure of calm England have too often lacked.

“As seasoned England watchers, the fans and media will hyper-scrutinise the last 90 minutes, and obsess over the next game. That is understandable and inevitable. It is the price on the ticket when you become an international manager.

“Southgate’s strength in every major competition in which he has led the country is to stick to his plan, no matter whether there is a bump in the road. He has taken all the knowledge he consumed as an England player and applied it brilliantly as the national coach.

“When I saw the team sheet against Wales on Tuesday night, it felt like Southgate was thinking two games ahead and the possibility of meeting France in the quarter-final.

“The England manager will never admit that, of course. His attention for the next few days will be 100 per cent on Senegal, and he will not be picking a line-up for the round of 16 game with the French in mind.

“But against Wales, he already knew England were effectively through, barring a miracle. He took advantage of that. He would always have wanted to make changes in the third game.

“To win the World Cup – and I have no doubt Southgate believes England have a chance – he needs to navigate the team through seven games of increasing difficulty. While the majority of supporters were fretting about a lacklustre performance against the United States, Southgate knew it was a good result, ensuring England could face Wales in a situation of comfort.

Carragher added: “His demeanour transmits to the players and ensures they look ahead rather than dwell on criticism. Look at the performances of Marcus Rashford and Phil Foden against Wales. They did not perform like they were under pressure, carrying the weight of a nation’s expectations, or like they had something to prove to the coach. They played like they knew Southgate had their back.

“Southgate’s changes reflected England’s security in the group. To go deep in the competition it is imperative players are rested, especially those who play in the positions demanding most intensity. Raheem Sterling and Bukayo Saka will have had over a week off by the time they meet Senegal on Sunday.

“Mason Mount, who is responsible for so much of the high pressing in the line-up, will also be fresh.

“At the same time, Rashford and Foden brought the freshness everyone anticipated, demonstrating how hungry they were for action. They have given Southgate a wonderful dilemma. Whether they start or not, the manager knows they are in the right shape to make an impact in the next week or beyond.

“Kyle Walker’s inclusion was as much about the next two weeks as the 90 minutes against Wales. For England to make the semi finals they are going to have to play France and Kylian Mbappe at some point. Walker’s pace would be essential. There is no doubt that is on Southgate’s mind.

“This is a small example of how Southgate’s mind works, and how meticulous his planning.”