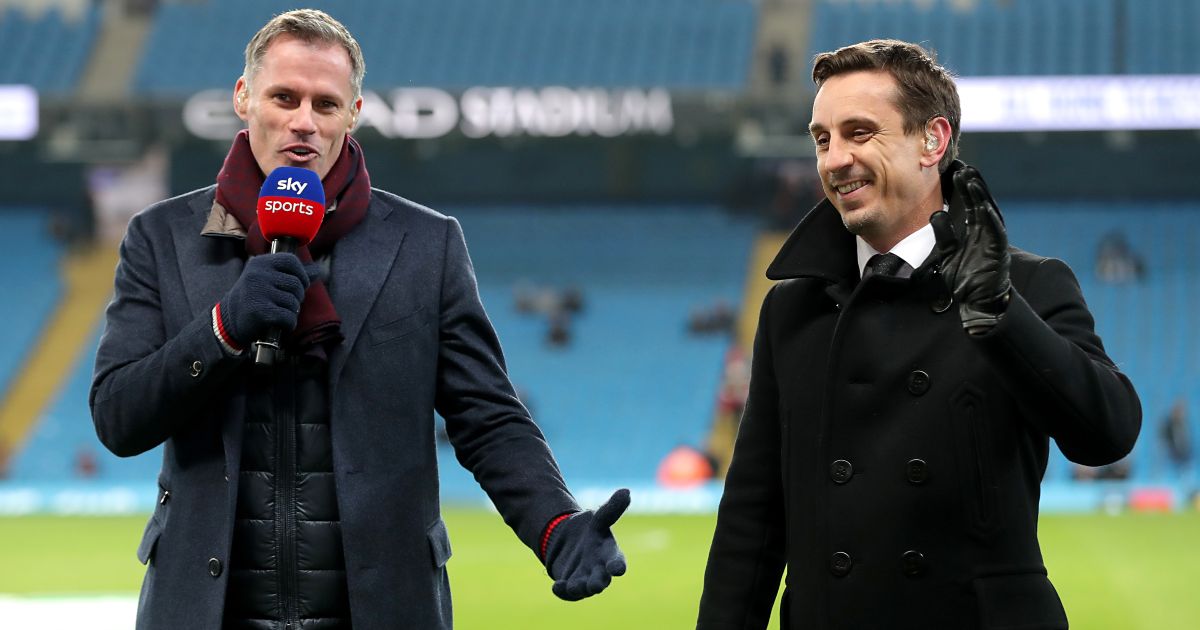 Sancho arrived in the summer transfer window from Borussia Dortmund with the winger seen as one of the final missing pieces of the jigsaw at Old Trafford.

The Red Devils are only a point off the top of the Premier League but their 1-0 defeat to Aston Villa on Saturday was their third loss in their last four matches in all competitions.

Sancho has only started two Premier League matches so far this season, although he has come off the bench on another three occasions.

The England international hasn’t provided an assist or a goal in seven appearances in all competitions and now Neville has left him and Rashford – who is recovering from a shoulder injury – out of his best Man Utd XI if everyone is fit to choose from.

In a Twitter Q&A, Neville went with a front three of Mason Greenwood, Edinson Cavani and Cristiano Ronaldo with Bruno Fernandes playing as the furthest forward midfielder.

Carragher wrote on Twitter: “So is Pogba not a left winger anymore @GNev2? The right winger you said the club were desperate for doesn’t play & you’ve got Ronaldo wide Ossie Ardiles wouldn’t pick that team.”

So is Pogba not a left winger anymore @GNev2 🤦‍♂️ The right winger you said the club were desperate for doesn’t play 🤨 & you’ve got Ronaldo wide 🤷‍♂️ Ossie Ardiles wouldn’t pick that team 😂😂 https://t.co/97rPj67lM7

Sancho has only completed 90 minutes once for the Red Devils but Watzke thinks he knows the “problem”.

Watzke said: “I love Jadon, when you see him playing you get tears in your eyes. It hurts my soul that he is given so little consideration.

“I think his problem is that he’s not set in the English national team. This squad, when it’s depleted, still isn’t up there with the best in the Premier League.”