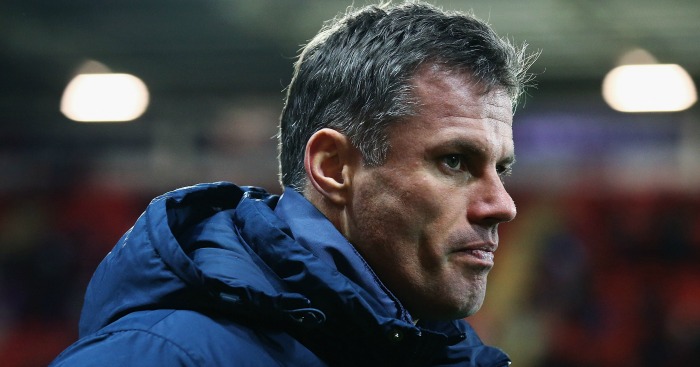 Jamie Carragher has made his feelings known about Liverpool left back Alberto Moreno in a now-deleted tweet.

Moreno was culpable in two of Sevilla’s three goals as the Reds were defeated 3-1 in the Europa League final on Wednesday.

The Spaniard has endured a mistake-ridden campaign, with many holding him responsible for the club’s under-performance this season. As Matt Stead wrote in 16 conclusions on the final:

‘In the 23-year-old’s case, these were not his first mistakes. They certainly should be his last for Liverpool. Klopp has raised the performance levels of almost every member of this squad. Even Simon Mignolet has improved to an extent. Yet even the most talented of coaches would struggle to implement concentration, attentiveness and the basics of defending in Moreno’s game.

‘Klopp’s summer planning has undoubtedly already begun, and there must be a red mark against the name of his left-back.’

During the game, former defender Carragher posted a tweet which read, with added asterisks: ‘Jurgen, transfer committee, anyone, sign a f***ing left back.’

Carragher has since deleted the tweet, but his thoughts on Moreno are well-known. In February, the Sky pundit said: “The left-back has to come out of the team. [Jon] Flanagan has come back fit and has to go into the team in midweek, he [Klopp] has to change the left-back. Flanagan played left-back when they nearly won the league. He can’t be worse than him [Moreno].”