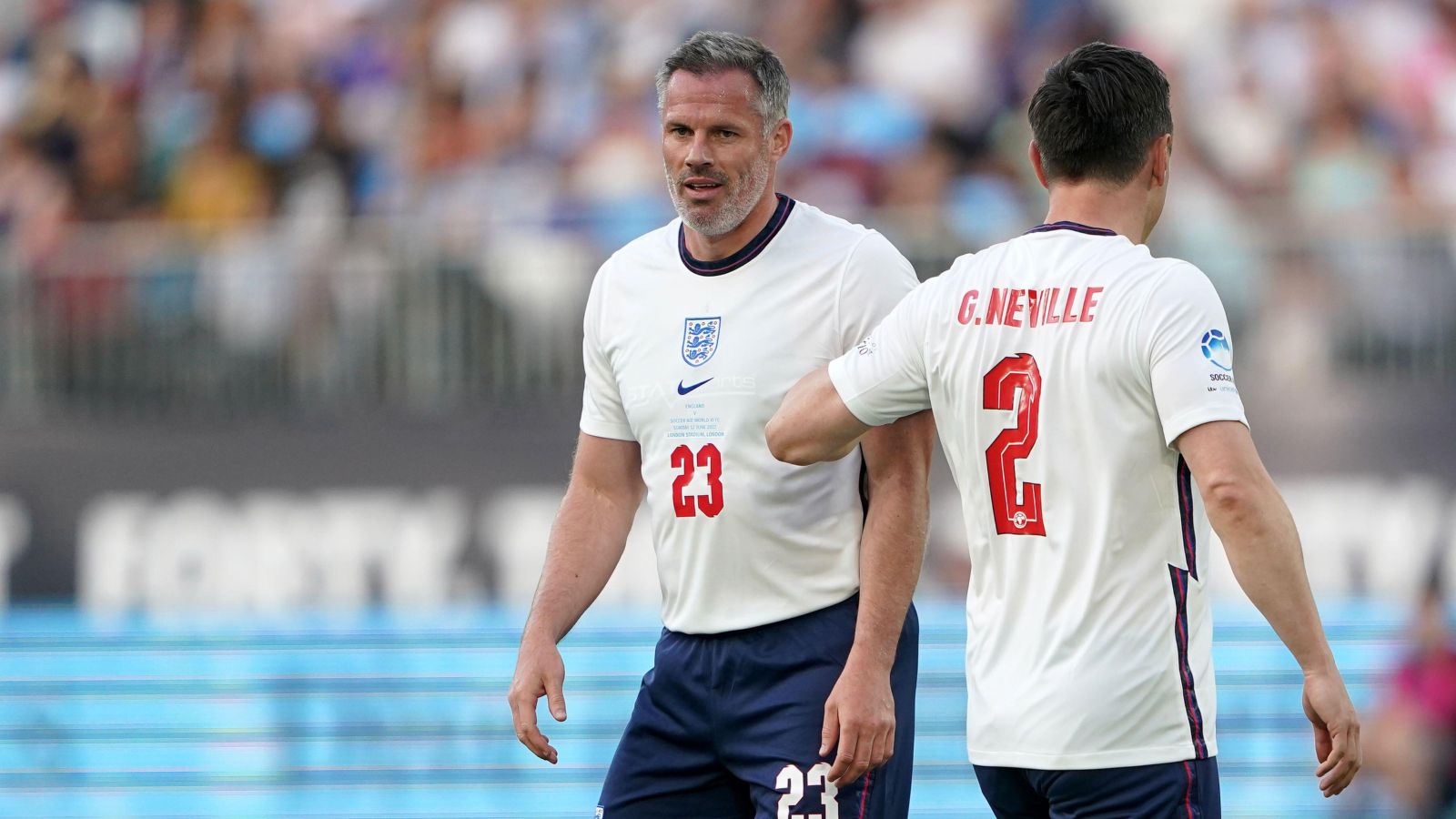 Jamie Carragher thinks Liverpool defender Trent Alexander-Arnold is capable of producing “something a bit special” for England at the World Cup.

Southgate announced his 26-man England squad for the World Cup on Thursday afternoon.

His selections at right-back were pretty straightforward after it was confirmed that Reece James would be missing the tournament.

The Chelsea defender would have likely started in Qatar had he been fit but he suffered a knee injury last month.

This left Southgate with Alexander-Arnold and Trippier as his obvious selections. Ben White is also an option if England play four at the back amid his great form this season for Arsenal.

Trippier has consistently been one of Southgate’s favourites during his time in charge of England and the in-form Newcastle star was key at last year’s European Championships.

He is a more reliable defender than Alexander-Arnold, with the Liverpool star often criticised over his defensive work.

But Alexander-Arnold is at his strongest going forward and he offers England something different than any other of Southgate’s full-backs.

Carragher believes Alexander-Arnold has a role to play in Qatar as he can produce a “special” moment for The Three Lions.

“I like Trippier, I think he’s a good player, but the thing of, you know, I think he played left-wing back as well in the Euros,” Carragher told LadBible.

“He’s done better in an English shirt, I would say, than Trent Alexander-Arnold.

“But I think in terms of doing something a little bit special, a little bit different against opposition who are gonna be deep and negative, I think the player you’d have to pick up is Trent.

“I don’t see a great deal of difference between Trent and Trippier in terms of set-pieces, he’s fantastic.

“I know he scored last season, this season, set one up, or set a few up, assists-wise, crosses, he’s a better defender.

“I think as an all-round package what you’re looking for, I think Tripper’s better than every one of them.”

Newcastle United legend Alan Shearer does not feel that much separates Alexander-Arnold and Trippier but he thinks that the latter is a “better defender”.

“I don’t see a great deal of difference between Trent and Trippier,” Shearer claimed.

“In terms of set-pieces, he’s fantastic. I know he’s scored last season, this season, set a few up. Assists-wise, crosses.

“He’s a better defender. I think as an all-round package what you’re looking for, I think [Trippier] is better than everyone of them.”

READ MORE: Southgate stuns us all with Maddison and an agreeable England World Cup squad