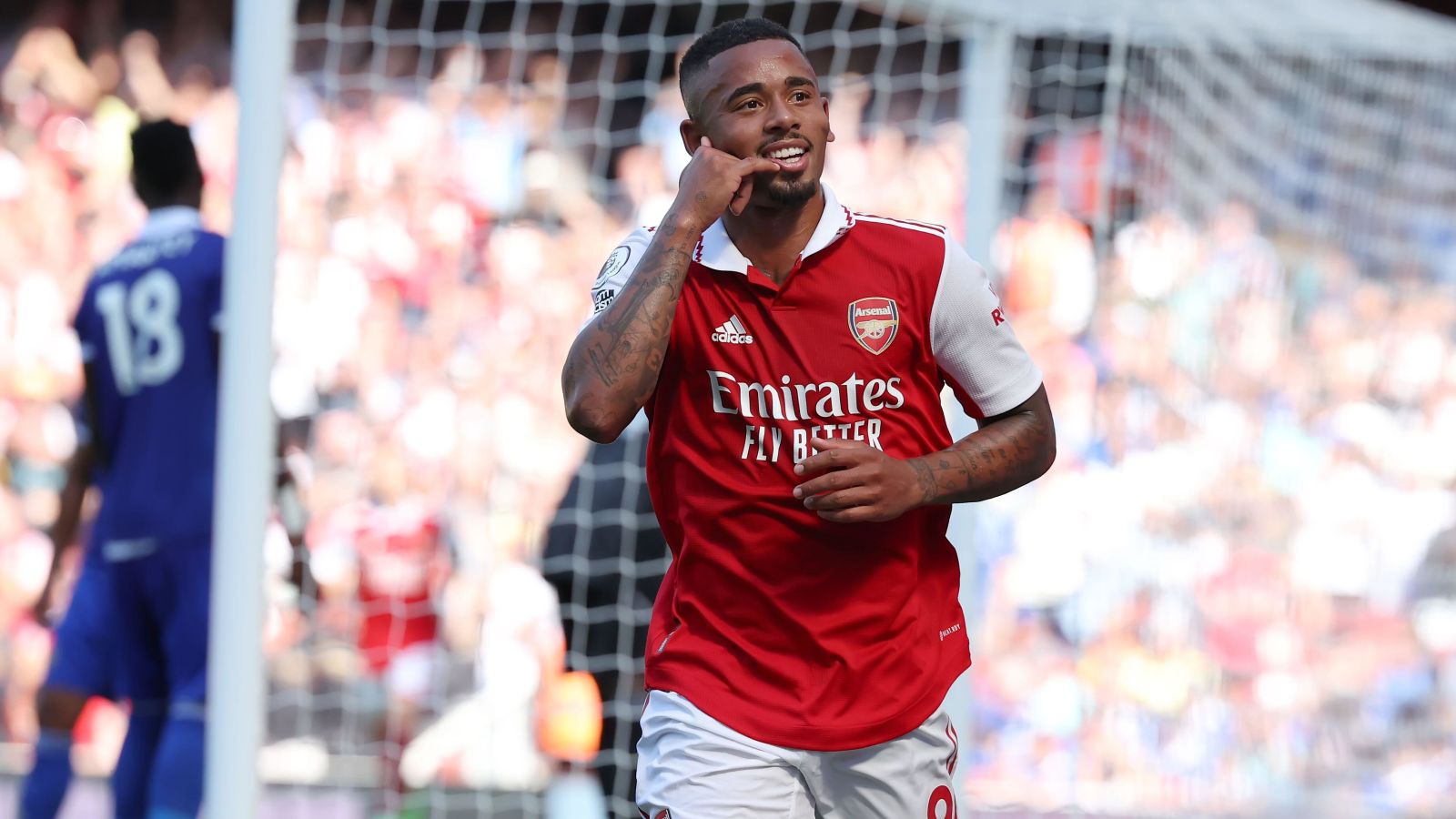 Arsenal are sitting pretty at the top of the Premier League and Jamie Carragher reckons a pair of players have “taken this team to another level” this season.

Mikel Arteta’s side have won seven of their first eight league games and maintained their one-point lead over Manchester City with an impressive 3-1 win over Tottenham on Saturday.

Only City have scored more than their 20 goals this term and Everton are the only side with a better defensive record.

And Carragher reckons key additions in attack and defence this season have made a massive difference.

Both Gabriel Jesus, who joined from City for £47m, and William Saliba, who made his debut for Arsenal this term after three seasons out on loan, have started all eight of their league games this season.

Jesus has five goals and three assists to his name, while Saliba has also netted twice while impressing hugely in defence.

“A lot of people thought that this season, maybe Spurs would be in the position that Arsenal are in now,” Carragher said on Sky Sports’ Monday Night Football.

“I’ve seen Spurs got a bit of criticism, but in terms of how Conte plays – they played like a Conte team. If they’d have got the final pass right on three or four occasions, they should have gone in at half-time in front.

“But I take nothing away from Arsenal, I’ve been so impressed with them at the start of the season – the pace they play at, the football they play.

“And the two signings…well not signings but Saliba and Jesus have come in and completely taken this team to another level.”

Another player to have impressed this season is Ben White, who has been deployed at right-back.

Despite his fine form, Gary Neville believes England boss Gareth Southgate would “get absolutely killed” if he selected him to play in that role at the World Cup.

“I think Ben White could come into it now and play tight as a right-back as he’s doing at Arsenal and narrow your back four,” Neville said.

“But then you lose something in the fact you’re playing Ben White at right-back.

“You’ve got Walker, Reece James, Alexander-Arnold and Trippier to call upon, Gareth would get absolutely killed for that.”

READ MORE: Ten others who made Our League look p*ss easy in their debut season like Haaland