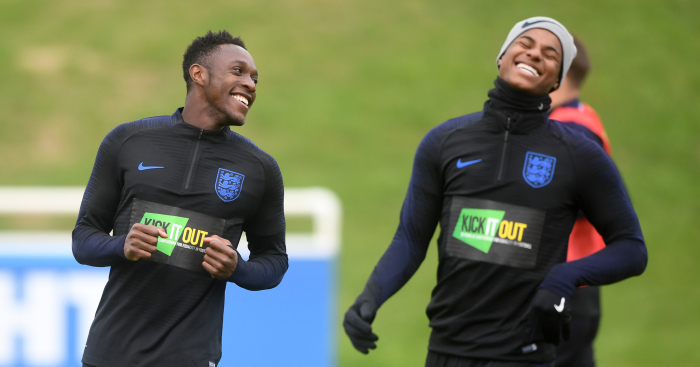 Marcus Rashford “does not want to become Danny Welbeck,” according to Jamie Carragher. Who wouldn’t?

That led to Jose Mourinho dedicating pretty much an entire press conference to defending his position on a player he feels is receiving plenty of first-team football for this stage of his development.

Carragher has since responded to the United manager, and has now used the example of Welbeck, sold by United in summer 2014 after failing to establish himself in the first team as a youth academy product.

“What I mean by that is this: he came through United as a forward, and then he was used on the left and the right, and was delighted to get the minutes. Then he ends up becoming a squad player, never nailing down a centre-forward position.

“He moves to Arsenal, the same thing has happened, he’s still a squad player. And it’s the same for England. That’s what you don’t want.

“You then have Kane in the list. Harry Kane got his chance because Roberto Soldado and Emmanuel Adebayor failed, and Tim Sherwood gave him his chance. Sherwood has spoken about this, revealing Daniel Levy would ask him: ‘Is he CL?’

“That’s the problem you’ve got as a young player. If Rashford doesn’t want to play centre-forward, he should stay. If he does, I feel he’d have to move away.

“Rashford is so high profile because he burst on the scene, we thought we had another Michael Owen, Robbie Fowler or Wayne Rooney in the England squad. That’s why there’s more talk of him, because he’s more high profile and he plays more.”