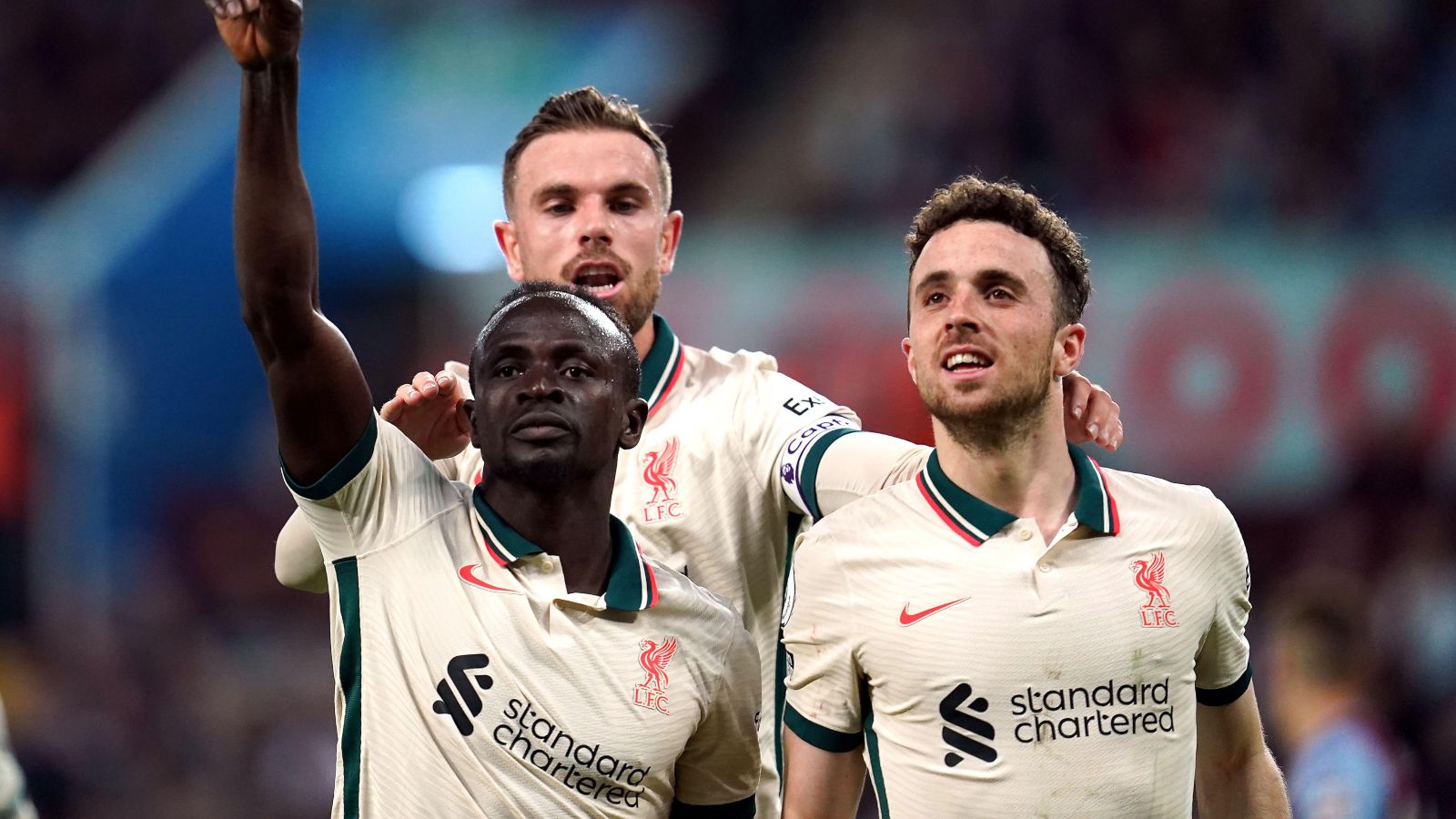 Jamie Carragher insists Sadio Mane will not be leaving Liverpool this summer, amid links to Bayern Munich, with the former defender vowing to “not let him go”.

The Senegal international has been linked with a big summer move to the German champions this week, while another report insisted Barcelona would be his “dream” destination.

Mane scored the winning goal in the 65th minute last night as Liverpool came from a goal down to beat Aston Villa 2-1 and keep their Premier League title hopes alive.

And after watching Mane score his 15th Premier League goal of the season at Villa Park, Carragher joked that he wouldn’t allow the 30-year-old to leave the club.

“When I have watched Liverpool as a fan, Sadio Mane is my favourite player,” Carragher told Sky Sports. “There is just something about Mane. He’s sacrificed himself at times and the shift he puts in.

“He, along with Salah, has been doing that for five years – they are never injured! They are there week in, week out for 90 minutes, getting the numbers up there every week. What they have done for this football club is unbelievable.

“I’m a huge fan of Sadio Mane and I can assure you he will be going nowhere because I will not let him go to Bayern Munich, he’d have me to deal with!

“I love him, absolutely love him to bits. And not just because he’s a great player and what he’s done for Liverpool.

“He initially came in on the right wing then moved to the left when Salah arrived. Diaz comes in on the left and Mane goes to centre-forward.

“He’s always moving for someone else but his performances never drop. It doesn’t seem to matter where Mane plays, you get exactly the same from him, the same cannot be said for the rest of the Liverpool attack.”

And Liverpool boss Jurgen Klopp was full of praise for Mane after the match against Villa, he said: “He’s a machine, I told him after the game. [He’s a] massive player, his physicality is brutal. The mix of technique, desire and physicality.

“You can see [he has] a few yards in the legs, we can see it to be honest. He’s a fantastic, world-class player.

“His performance was incredible,” captain Jordan Henderson added. “The work he does of the ball for the team was incredible, defending at the end. But his quality in and around the box – it’s the gym isn’t it with that neck muscles!”