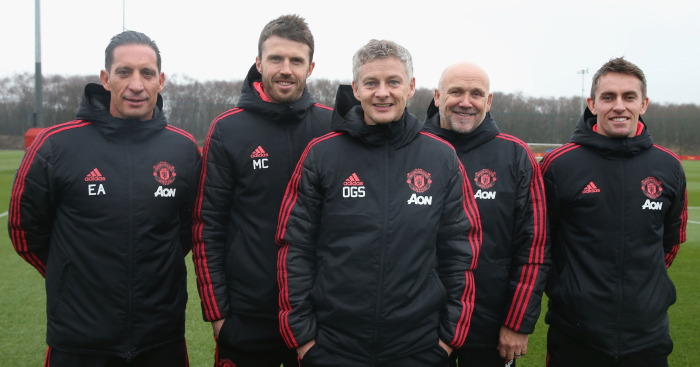 Michael Carrick is among those championing Ole Gunnar Solskjaer for the permanent Manchester United job.

Solskjaer was appointed on an interim basis last month after Jose Mourinho was sacked following a poor start to the season.

The Norwegian’s arrival has ‘transformed’ the mood around Old Trafford, according to the Daily Mail.

The pair ‘are said to have felt marginalised’ by Mourinho shortly before his departure, and ‘were even excluded from briefings’ as the former manager ‘surrounded himself closely with his Portuguese backroom team’.

They now feel ‘more comfortable’ under Solskjaer, with the return of assistant manager Mike Phelan also integral to the ‘inclusive, more welcoming atmosphere’ at the club.

Phelan ‘has been an important conduit between the coaching staff and the players’, and has long been a popular figure at Carrington.