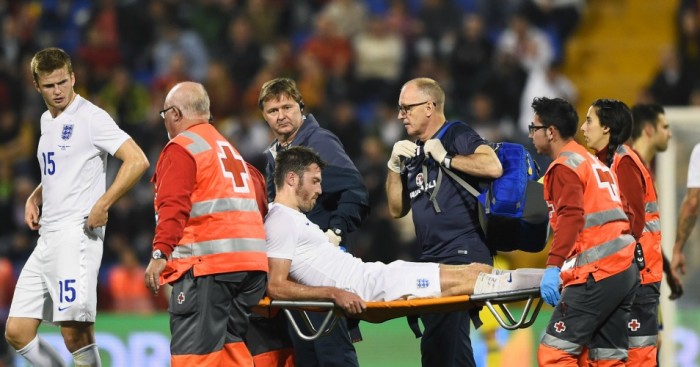 Carrick was carried off on a stretcher in the final minute of the loss at the Estadio Jose Rico Perez in Alicante after twisting his right ankle.

The Manchester United midfielder will fly back to England on Saturday and will not play against France on Tuesday – should the match go ahead following the deadly terrorist attacks in Paris.

The 34-year-old will have a scan on the ankle and Hodgson fears he will be out for a while.

“He’s got a severely twisted ankle which normally means ligament damage. We won’t know that of course until he’s had an X-ray or a scan tomorrow, but it doesn’t look good.”

Hodgson recalled Carrick after the World Cup, but the midfielder has only started two games due to injury.

Hodgson is now without 16 regulars. Jamie Vardy missed the defeat to Spain because of a knee problem.