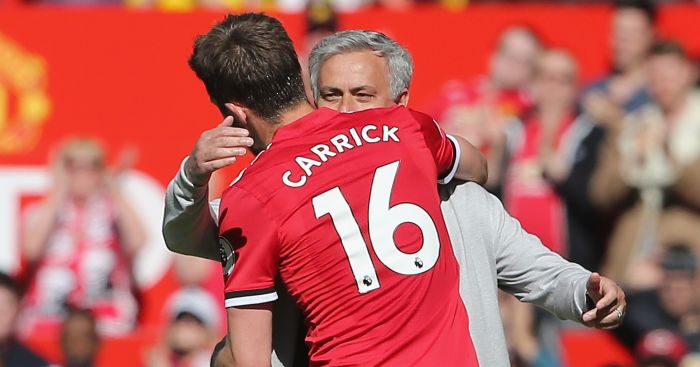 United have had a difficult start to the season with three defeats from eight Premier League games and some surprisingly dreadful defending leaving them seven points behind pacesetters Man City, Liverpool and Chelsea.

Several pundits have suggested that Mourinho has “lost the dressing room”, but the Portuguese coach’s No.2 Carrick says that is too easy an accusation to make.

“As a player at United the expectation is there, the scrutiny is there and nowadays every little move you make people jump on it and judge it,” Carrick told Sky Sports. “The lads are human beings who make mistakes. It’s too easy to throw out a player that is not trying. It’s definitely not the case,”

Carrick replaced Rui Faria as Mourinho’s right-hand man in the summer and he has explained his role under the former Chelsea coach.

“I support the manager basically,” said Carrick. “I get in about 8.15am to help plan the session for that day and plan ahead for the next game. Whatever the manager needs I’m there to support him. Obviously, I offer suggestions when it’s right but support is the biggest one, as well as learning.”

The 37-year-old, who retired in the summer, recently hailed Mourinho as one of the best managerial minds of the past 30 years along with Sir Alex Ferguson.

“He’s been fantastic with me. The situation I’m in at the moment, my first job after being a player so there’s huge element of learning and trying to soak up as much as I can to improve myself. But at the same time I’m there to do a job and there’s a responsibility there. He’s been great with me,” added Carrick.

“He’s given me plenty of things to do and at the same time he’s trying to help me develop. I couldn’t have asked any more of him.”