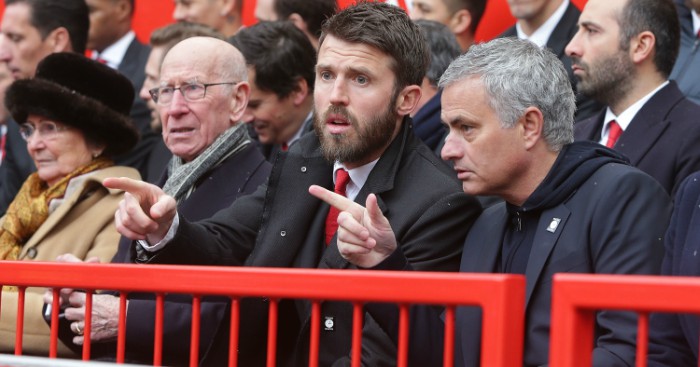 Manchester United captain-turned-coach Michael Carrick loves working with the “great Jose Mourinho”, who he believes is one of the best managerial minds of the past 30 years along with Sir Alex Ferguson.

After calling time on his medal-laden career over the summer, the 37-year-old midfielder swapped the armband for a coaching role as he took up the offer to permanently join United’s backroom staff as first-team coach.

Carrick is enjoying life in the deep end under Mourinho, although a tumultuous start to the season has seen the manager’s position at the Old Trafford helm come under growing scrutiny.

United will be hoping last weekend’s thrilling 3-2 win against Newcastle sparks a revival and, having both worked under and alongside the Portuguese, Carrick’s admiration for the manager is clear.

“When people ask me about him – ‘Jose, what’s he like, what’s he bring?’ – it’s winning that is the thing that strikes me the most,” Carrick said.

“He’s proven it for so long, you know? To do it where he has gone and done it, it’s winning.

“He’s managed to win trophies at United. We’re striving now to get back to it, but as a manager you can’t hide from the fact about what he’s done. It’s up there with the very best.

“Fortunately for me, you look at the best managers over the last 25-30 years.

“You’re picking the top three, top five – two of them you’d say Jose or Sir Alex are right up there.

“I’ve been lucky enough to experience that and take what I can from both of them.”