Home Mediawatch Carrick and Rangnick drop Ronaldo! (like Ole did) 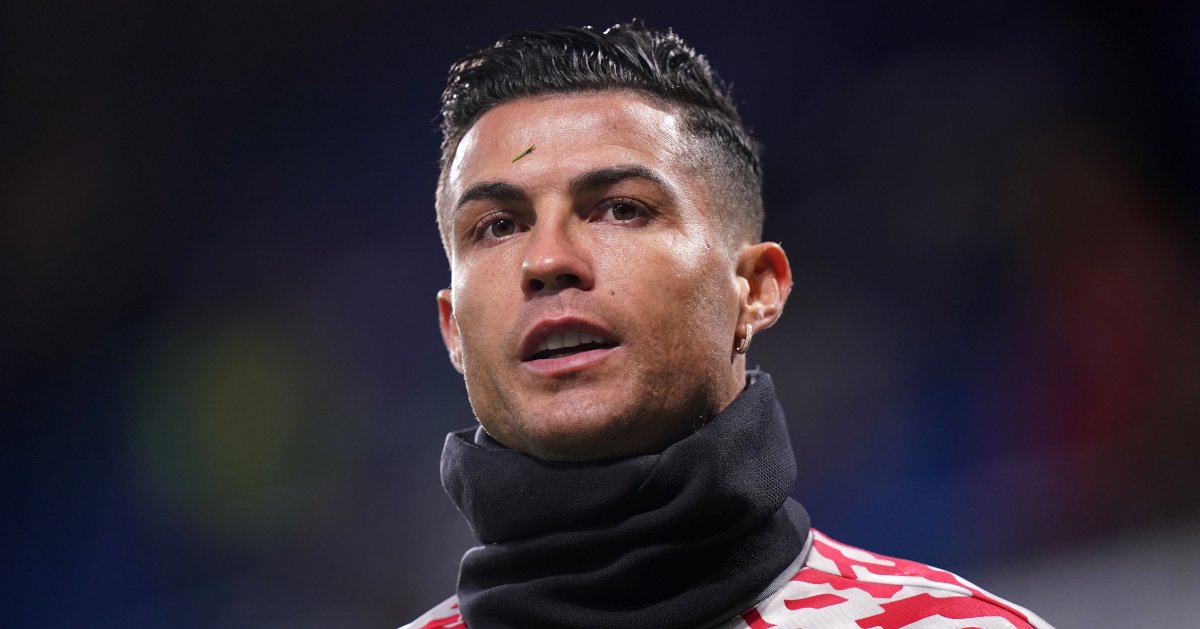 Cristiano Ronaldo was dropped for a 1-1 draw just as he was last month but let’s all ignore that as we speculate that it’s all over for him.

If it happens again, I’m leaving…
Oddly enough, the last time Manchester United followed Premier League defeat with midweek victory over Villarreal, Cristiano Ronaldo was dropped to the bench for what became a 1-1 draw, and then stormed down the tunnel at full-time. In October it happened under Ole Gunnar Solskjaer against a then-flying Everton and in November it happened again under interim interim manager Michael Carrick against table-toppers Chelsea.

So did ‘CRISTIANO RONALDO get a shock view of the future as the Manchester United superstar was axed for the draw at Chelsea’ (back page, The Sun) or did he just get a really strong feeling of deja vu?

To boldly go…
‘It was a mightily bold call for a caretaker manager to drop a five-time Ballon d’Or winner,’ writes Dave Kidd on the inside pages of The Sun.

Was it balls. A caretaker manager is exactly the right man to drop a five-time Ballon d’Or winner because there are no consequences for him barring a sulky man-child moping around the dressing-room for the day. It was a far bolder call from Solskjaer in October but everybody seems to have forgotten that decision barring Mediawatch.

Actually, it was an excellent decision by Carrick, who might well have been behind the same decision in October. He should resent the fuss it caused when he deserves far more credit for eking out a draw at Stamford Bridge.

Reality TV
‘SO is this the new reality for Cristiano Ronaldo?’ asks Chris Wheeler in the Daily Mail. If the ‘new reality’ is the same as the ‘old reality’ in which a 36-year-old does not play every game – particularly against well-organised opposition – then yes.

‘Has Manchester United’s caretaker manager Michael Carrick given him a glimpse of what to expect from interim boss Ralph [sic] Rangnick?’

Probably not, no. We would be astonished if he does not start against Arsenal at home on Thursday.

Wheeler then goes on to wonder ‘how long will Ronaldo put up with a bit-part role after a career spent centre stage’, as if Ronaldo has the choice to pack up his bags and bugger off.

Are we back to speculating that Ronaldo will ‘QUIT’?

Miss thing
This made Mediawatch titter on the Manchester Evening News:

If you watched Chelsea play Manchester United and missed the fuss made about Ronaldo storming down the tunnel then you need to see somebody about your attention deficit disorder. It was as hard to miss as the chance to crowbar ‘Ronaldo’ into another headline for the MEN.

A message to you, Ronnie
Ronaldo posted something particularly anodyne on Instagram on Sunday night. Here is his post in its entirety:

“There is still a long road ahead and nothing is impossible when you play for Man United. We will keep chasing our goals until the end!”

Depending on your website of choice, that is either a ‘message to Man Utd fans after angry Chelsea reaction’ (Mirror) that never actually mentions the angry Chelsea reaction, or a ‘message to Manchester United players about Chelsea performance’ (MEN) that never actually mentions the Chelsea performance. If the latter, he really should have sent a WhatsApp.

On trend
The word ‘Ronaldo’ appears 33 times on the Mirror football homepage on Monday morning. Not bad for a substitute who did f*** all.

That ‘amid’ is a cheeky little f***er because of course, Roy Keane praised Jadon Sancho – “It’s good for Sancho, he’s had a good week and for a young player coming to United this would be a huge week for him and a confidence boost for him” – without any reference at all to Ronaldo. But throw in an ‘amid’ and you can mention any trending topic you want.

And if you are thinking that Ole Gunnar Solskjaer’s thoughts have been revealed then you are a fool and have really not been paying attention.

Suits you, Sam
We’re not saying that Samuel Luckhurst of the MEN is a little obsessed with Michael Carrick’s choice of outfit but…

‘However long Michael Carrick dons his Paul Smith suit with the Manchester coat of arms stitched onto his breast pocket in the dugout, he can savour his debut’ – November 24.

‘As an apprentice at West Ham, Michael Carrick gaped in awe at the Manchester United players as they strode through the Boleyn Ground tunnel in their blazers. In his tailored Paul Smith suit, Carrick strides with a business-like authority’ – November 29.

‘On the evidence of Carrick’s first week in the suit, Ole Gunnar Solskjaer ought to have listened to him more. Solskjaer, not quite as sharp in a club suit, could be clunky during his media briefings…’ – November 29.

Now we know his missus knows what he wants for Christmas.