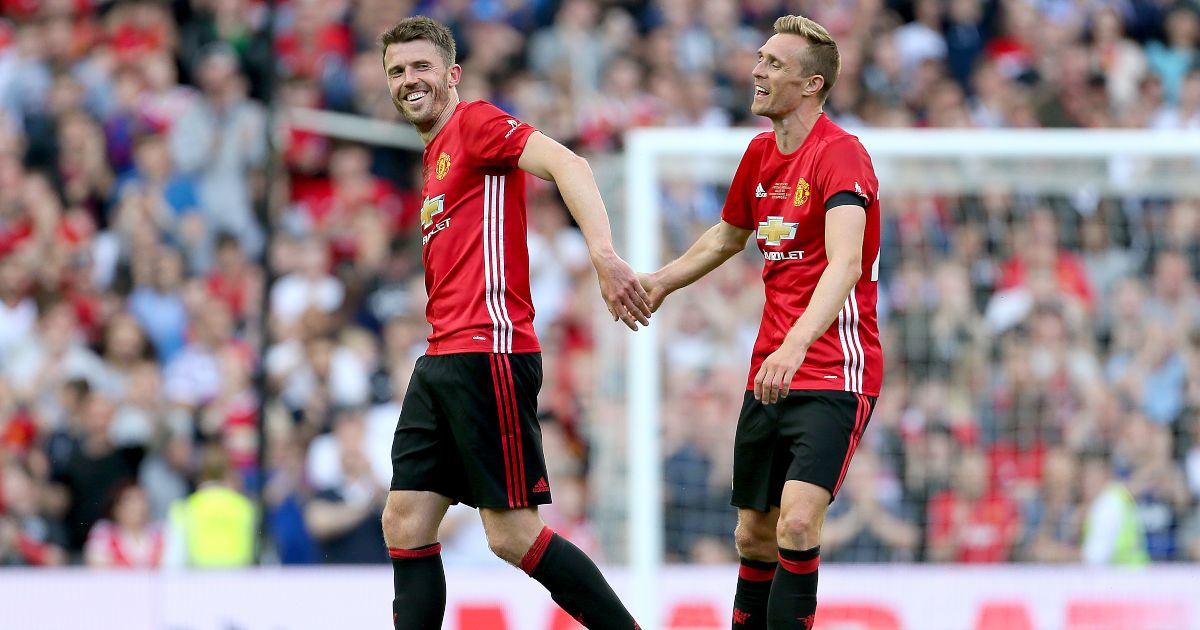 Michael Carrick could stay on at Man Utd despite Ole Gunnar Solskjaer leaving his role at Old Trafford, according to reports.

Widespread reports last night indicated that the Red Devils will sack Solskjaer this weekend following their embarrassing 4-1 defeat to Watford on Saturday.

The loss at Vicarage road took United’s terrible run to five defeats in seven Premier League matches, while they have only managed three wins in 11 fixtures in all competitions.

The BBC is one media outlet claiming Solskjaer is ‘set to leave the club’ with discussions after the Watford game concluding that it would be his ‘last game in charge and the terms for his exit would be agreed’.

It is understood that technical director Darren Fletcher is ‘set to take over for Tuesday’s Champions League trip to Villarreal’ and that first-team coach Carrick ‘could remain at Old Trafford despite being part of a management team responsible for a terrible run of results’.

Solskjaer insisted he could still turn things around in the wake of another chastening afternoon at Vicarage Road, but it appears the club disagree.

United keeper David De Gea gave a damning verdict on United’s display at Watford, telling the BBC: “We don’t know what to do with the ball. We don’t know how to defend properly.

“It was embarrassing, the way we played. The first half was very poor – it’s not acceptable for this club and the level of players that we have.

“It’s another nightmare. There’s been some difficulties but I don’t really know what to say.”

Meanwhile, Solskjaer, who revealed he went over to apologise to the travelling fans after the game, told Sky Sports: “I feel for the fans and I feel the same as them – we’re embarrassed by losing the way we do.

“We know we are in a very bad run and a bad situation, but that’s football and I know they’ll support whoever is on the pitch every day, and sometimes you’ve got to say sorry.”