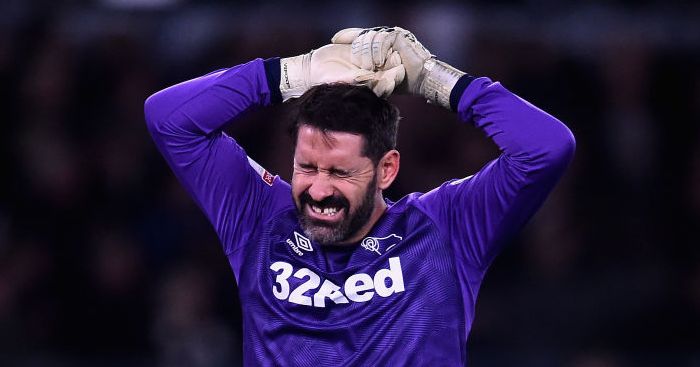 The 33-year-old, who played 30 times in the Championship for the Rams last season before losing his place to Kelle Roos in mid-March, will act as back-up to Ederson and Claudio Bravo.

Carson, formerly of Leeds, Liverpool, West Brom, Wigan and Turkish outfit Bursaspor, said on City’s official website: “It’s something I didn’t expect but an opportunity I simply could not turn down.

“To be part of this squad – the champions of England – is a dream come true.

“I can’t wait to see Pep’s work on the training field up close. What he has achieved in his management career has been amazing, and it’s every player’s dream to play under him.

“Hopefully, my experience will prove useful as we try and make it three Premier League titles in a row.”

Carson, who earned the last of his four England caps in 2011, has made more than 150 appearances in his four seasons at Derby, helping them into the play-offs on three occasions.

Director of football Txiki Begiristain added: “We’re delighted to be able to recruit Scott into the squad for the coming season.

“We have strength in depth in the goalkeeping department, and the wealth of experience Scott will bring to the squad will be important as we once again look to compete on all fronts.”