Home All The News Carvalhal: We will try to do our part against Stoke 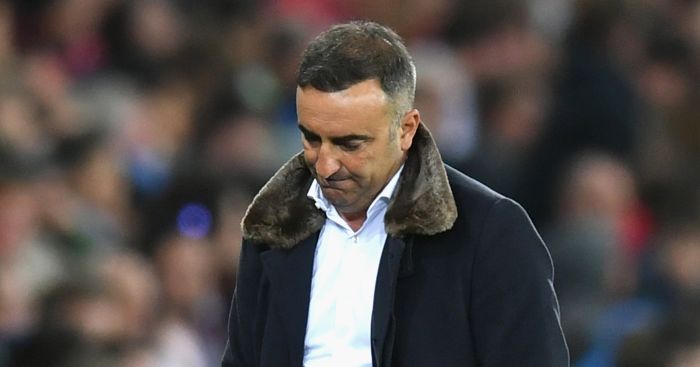 Carlos Carvalhal says Swansea will “play their part” to avoid relegation with one game left, but he knows their fate is not entirely in their own hands.

Southampton took a huge step towards Premier League safety on Tuesday night as a 1-0 win against at Swansea inched their hosts towards the trapdoor and relegated West Brom.

The Swans play relegated Stoke on Sunday but Huddersfield – three points better off than the Welsh side but with a worse goal difference – face Chelsea on Wednesday before taking on Arsenal.

“At the end of the game all the lads had the feeling we deserved a bit more,” the Swansea boss said. “We played to win. It was very emotional.

“We are not relegated yet. We don’t know what will happen tomorrow and at the weekend and we will try to do our part.

“The players were very honest. They gave everything. They played with everything.”