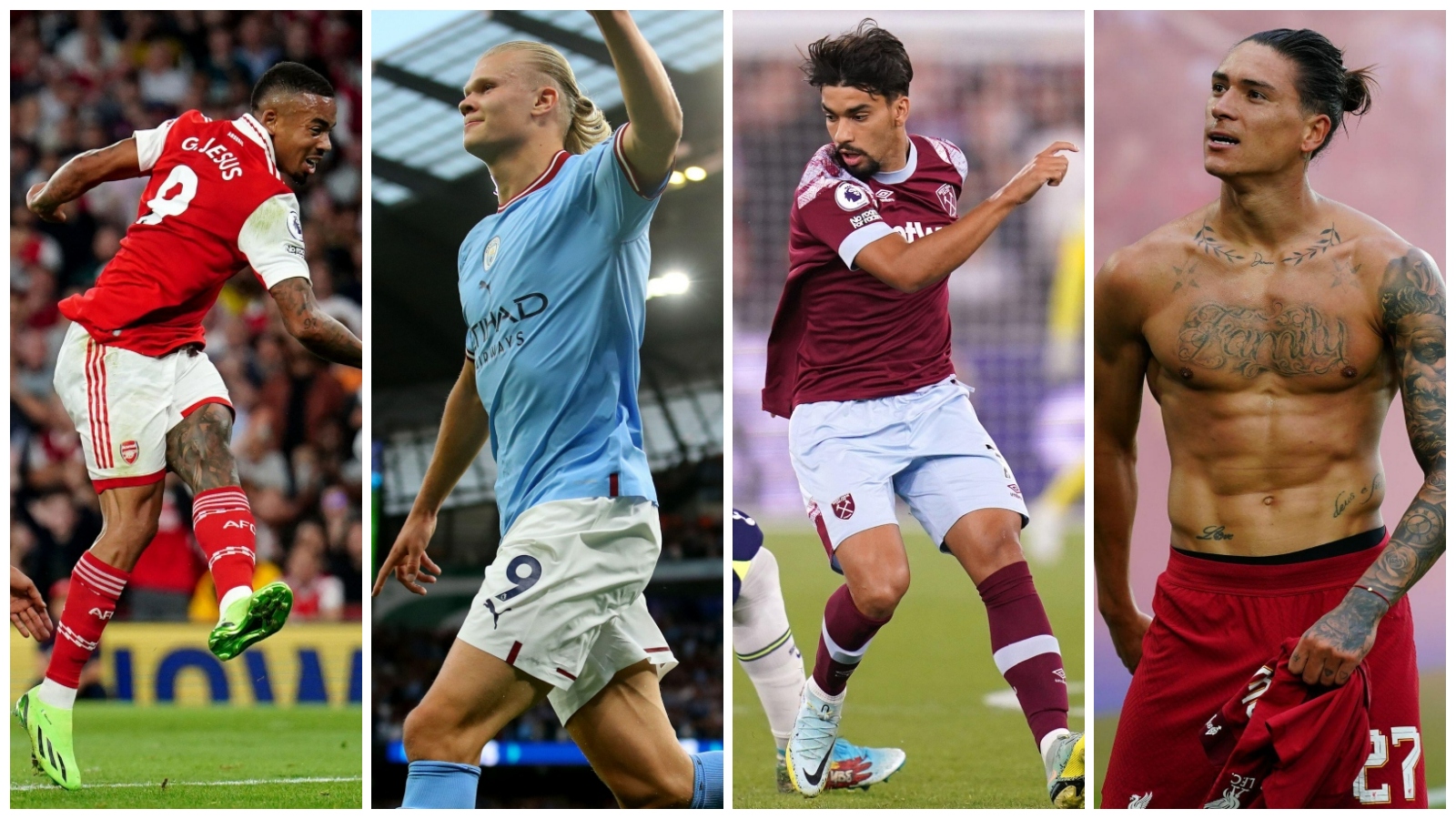 Taking into account the fee, how they have performed in their short time with their new club and how much they are expected to make an impact, we have boldly decided to rank each Premier League team’s summer signings. Nottingham Forest’s should take a while.

All transfer fees are taken by Transfermarkt.

Gabriel Jesus is a game-changer for the Gunners. One of the best signings of the summer and with every passing big-money transfer, £47m looks a bargain. Oleksandr Zinchenko is a superb footballer and has settled in nicely. Marquinhos has looked good for the under-23s and you can’t go wrong at a little over £3m.

While they should have added more in the transfer window, it has still been a decent one for Arsenal.

It’s a right shame Villa’s marquee summer signing ruptured his Achilles; there aren’t many worse injuries you can sustain.

Coutinho hasn’t been great since returning to England and Dendoncker might be benefitting from recency bias, but he is a decent acquisition.

This won’t be enough to keep them up, surely? Unless Gary O’Neil turns out to be the new Pep Guardiola.

Ben Mee was a slightly unexpected signing made by the Bees, but a brilliant one considering he came free of charge. The order of the rest was difficult to determine, but I’ve obviously got it spot on.

Gilmour strikes me as a perfect player for Brighton. He is a tidy footballer and Albion are a tidy football team. Estupinan has impressed already and Colwill is brilliant. The other two are unknown quantities, but Ensico has Seagulls fans excited.

Todd Boehly went full FIFA Career Mode in his first summer as top dog at Stamford Bridge. Sterling is only 27 and in the Premier League 100 Club – people forget this. Fofana and Cucurella cost a lot of money, but they are great. Aubameyang’s return is pretty spicy and his hat-trick at the Emirates cannot come soon enough.

Palace’s summer window looked pretty promising but they did bugger all in August and on deadline day. It could cost them.

A bloody good window for Everton, that was. Is there enough goals in this team, though? I don’t think so. Having said that, no player has scored more in the top flight for Brighton than Maupay.

Some very shrewd signings made by the Cottagers. In fact, you could probably say every single incoming transfer was a clever piece of business. They have started the season well and might actually end their streak of being promoted or relegated every season.

Similar to Everton’s window in the sense that it was solid, but perhaps not enough in terms of firepower. Aaronson looks handy going forward and Sinisterra should score a few. But with Patrick Bamford’s injury problems, you’d have expected Jesse Marsch to have signed an out-and-out striker ready to score in the top flight.

Shout out to Tyler Adams, by the way, who has made the job of replacing Kalvin Phillips look seamless. Very impressive.

A truly remarkable summer window for the Foxes. Hopefully Faes can help them get a win at some point.

Will Arthur be another Nuri Sahin? Time will tell. Carvalho is brilliant and an absolute bargain. You may not agree that he is first over Nunez, but I’ve got to be a bit edgy otherwise what’s the point?

Julian Alvarez was technically signed in January, but if he was on this list he’d slot in nicely behind Haaland. Ortega would have been fourth but nobody puts Scott Carson further down the pecking order and gets away with it. Not on my watch.

Antony is good, but £85.5m is just barking mad. Ajax have pulled United’s pants down here. Martinez has that dog in him. So does Casemiro. Malacia looks like an uncharacteristically great piece of business. So does Eriksen. And Dubravka is as good as they come for back-up goalkeepers. Good window by the Red Devils, but their lack of a new striker with Cristiano Ronaldo moping around the place is a slight worry. And no, Anthony Martial is not the answer, no matter how much you lot try and convince yourselves.

Not quite the Kylian Mbappe and Neymar signings fans were hoping for when the takeover was completed, but a solid window nonetheless. Pope could easily be first, yet he is ranked third here. Even though their league rivals don’t want to answer Eddie Howe’s phonecalls, they have done well with their limited resources.

I’m too knackered to give you an explanation. All I know is that I’ve definitely f***ed up somewhere.

Terrific summer for the Saints. After thinking they would get relegated I wouldn’t be surprised to see them finish above 14th. Bella-Kotchap is destined to join one of the Big Six for about £60m next summer.

I didn’t want to include Romero in this but he was technically purchased this summer. Bissouma has the potential to be the biggest bargain of the window and Udogie seems very promising, though I’d be lying if I said I knew much about him.

Hard to judge this one. Scamacca could be another one of those big-money strikers to flop for the Hammers, or he could be absolutely amazing – there won’t be any in between. Buzzing to finally see Paqueta in the Premier League, what a player.

Nunes’ move to Molineux was surprising, but he is Portuguese after all.