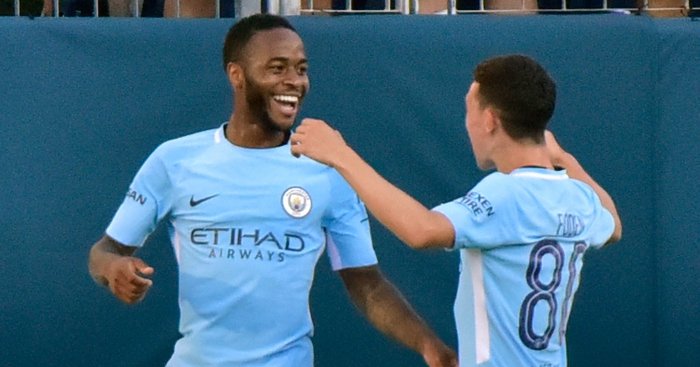 Sterling has been linked with a move to the Emirates Stadium as part of a player-plus-cash deal for Gunners forward Alexis Sanchez.

However, Cascarino thinks the England international would be making a big mistake by choosing to move back to London.

“Manchester City are prepared to let Raheem Sterling leave for Arsenal but the England forward should be very wary of joining a sinking ship,” Cascarino wrote in The Times.

“City have indicated that Sterling can link up with Arsene Wenger’s team if that is what it takes to bring Alexis Sanchez in the other direction. That would be a very dangerous move for Sterling. The list of players who have failed to fulfil their potential at the Emirates Stadium is too long.

“Only if Arsenal were to offer him a much better wage is there any good reason for him to go there. In contrast to Wenger’s early years at the club, the manager does not have an impressive record for improving players over the past decade. Most of those he has signed have stood still, at best.

“You can say that Sanchez has got better at Arsenal and Olivier Giroud probably has too, but otherwise it is a sorry tale, particularly for England players. Theo Walcott, Alex Oxlade-Chamberlain, Calum Chambers and Carl Jenkinson have disappointed to varying degrees despite all making their international debuts by the age of 20.

“It would be a particularly bad time for Sterling to join Arsenal because the club is at risk of falling away significantly. By dropping out of the Champions League, they are not successful enough to entice the really top players, while Wenger is no longer a big draw for transfer targets.”