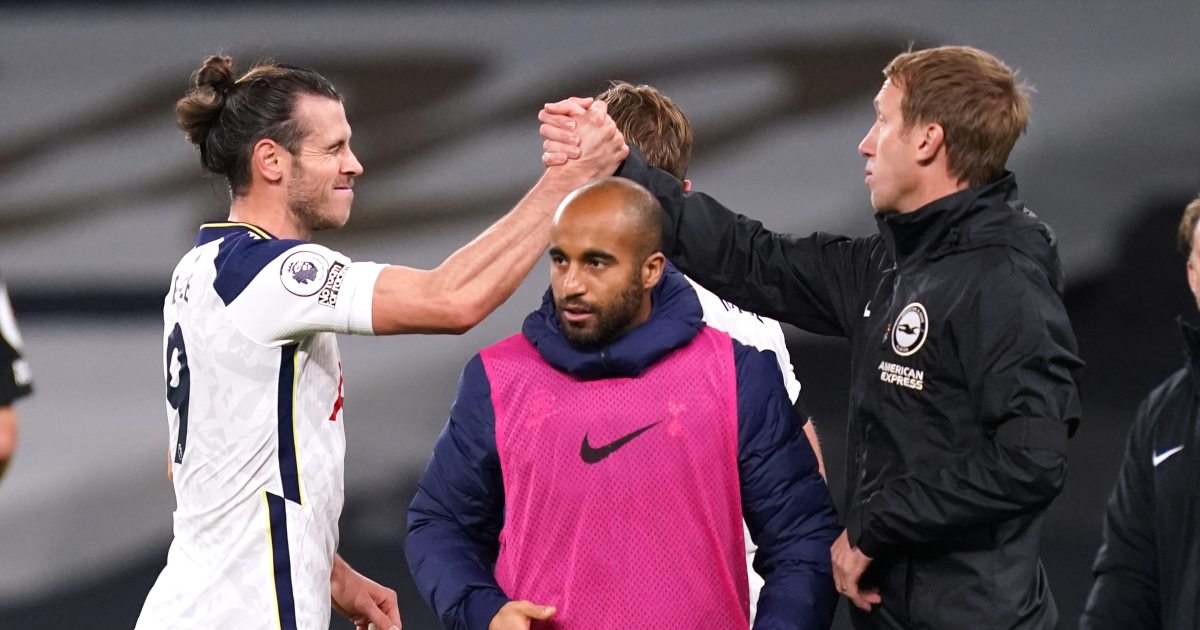 Tottenham’s latest pursuit of a new manager – they happen quite a lot – already appears to be irretrievably mired in banter.

Even the sacking of Jose Mourinho itself, which should have been an act of great catharsis and relief, managed to be overwhelmed by the Super League fiasco of which Daniel Levy appears to have been one of the more willing and eager English participants. That it took place six days before a cup final was another twist, albeit Spurs’ rather fortuitously slender 1-0 defeat to Manchester City looks better and better with each subsequent game and there is no logical reason why 2021 Mourinho would have changed anything.

Having thus butchered what should have been the easiest and most crowd-pleasing sacking of all time, Spurs’ search for a replacement has already been bedevilled by setbacks.

Julian Nagelsmann was always a bit of a stretch, but might have been just about feasible had Bayern Munich not immediately made their move. Erik Ten Hag ticked a lot of boxes and appeared rather more attainable, but after one phone call with Levy, he extended his Ajax contract. Brendan Rodgers has reportedly been offered the earth and remains a distinctly lukewarm bookies’ favourite but clearly doesn’t much fancy the idea, preferring instead to remain with the excellent, coherent and cohesive squad he has assembled and put to such good use at Leicester. The fool.

With Spurs keen to make a swift appointment and not let the uncertainty drag on beyond the Euros, Levy finds his options dwindling. Assorted uninspiring options remain, but there is little enthusiasm for a Roberto Martinez or Nuno Espirito Santo. For others, such as Ralph Hasenhuttl, the job has simply come along at the wrong time. We assume links with Antonio Conte are driven more by the Italian’s desire for a new contract than any wish to manage the team in sixth.

Spurs are now in a position where anything they do is going to represent something of a gamble. But there’s one gamble that looks to have far more advantages than others.

There is a theory that if Spurs are to take a young up-and-coming manager from lower down the Premier League food chain then they would opt for their former midfielder Scott Parker. But surely Brighton’s Graham Potter is a far better choice? When Eddie Howe was overachieving at Bournemouth, he was forever being touted for the ‘next big job’ that might come available, which, as often as not, was Tottenham. It’s strange that there isn’t a similar clamour for Potter. 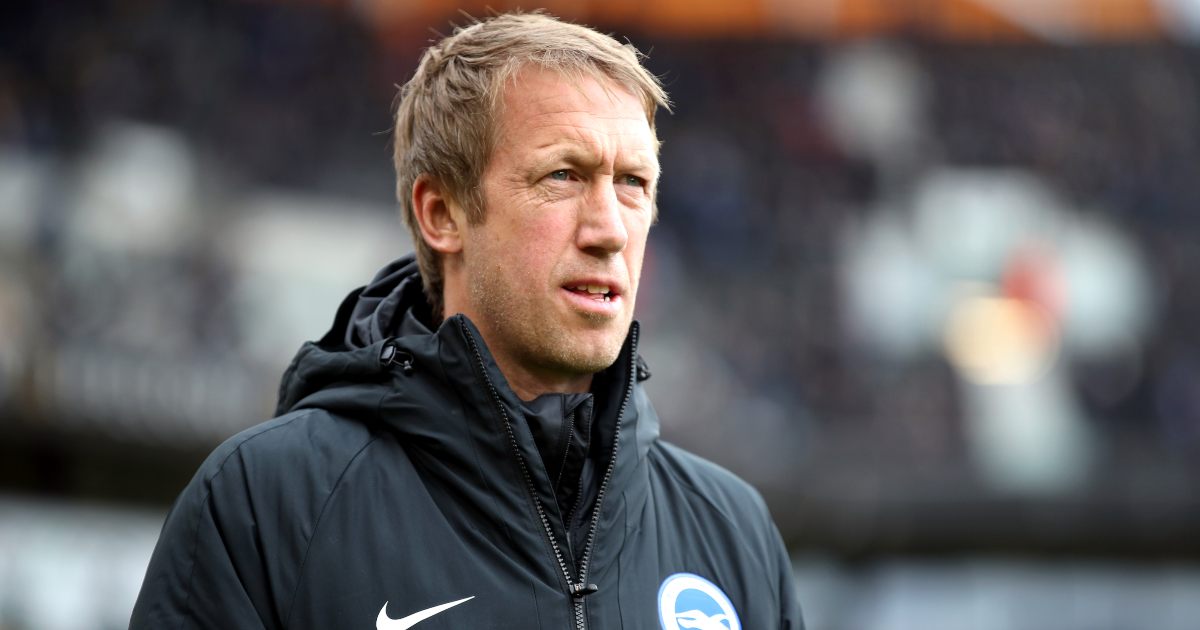 We have our suspicions as to why. Unlike Nice Guy Eddie, Potter is not what PFMs mean when they talk about young English managers. Parker much more neatly fits the bill. Potter is basically a foreign manager who just by coincidence happens to be English. He didn’t have a storied playing career; he doesn’t really ‘know’ any club but York City.

What he does have is a managerial style and CV that suggests he could – emphasis on could – be just what Spurs need.

Brighton’s xG numbers have long since entered the realm of banter themselves, with much accompanying sniffiness about the value and significance of those numbers. But across a whole season they are stark enough to tell you something, if not quite everything. One set of algorithms would see them fourth.

And crucially, the jock-bothering nerdy numbers only serve to underline and amplify the evidence of our own eyes. To watch Brighton play is to watch a supremely well-coached and well-drilled team who have a plan and know how to follow it. They just don’t have anyone to consistently apply the finishing touch.

They are therefore the quite literal opposite of everything Spurs became under Mourinho. The following sentence contains a great many ifs and all of them large but here goes: if Potter could be convinced to join Spurs, and if his methods can be transferred to a squad full of entitled internationals and assorted inflated egos and if he is given time to get his message across and – perhaps the biggest one of the lot right here – Harry Kane stays at the club, then it really could be a perfect match.

It would be a high-risk appointment, but no more so (far less if anything) than the even more wildly unproven Parker. And the obvious doubts over Potter making the step up all have at least semi-plausible and convincing answers.

Can he make the step up to a far bigger club and far greater spotlight? It’s a big unknown, but he went off to Sweden and took Ostersund to bigger and bigger stages without ever being fazed. When he returned to English football at Swansea – another demonstrable step up – again it did not faze him. Moving to the Premier League with Brighton did not make him crack. The evidence is sketchy, for sure, but the trend is clear. His career progression as a manager, first in his seven years in Sweden and with his subsequent moves, have been in one direction and successful.

Next, can Potter command the respect and attention of a big club squad and the egos within it? Again, while nothing is certain, there is also nothing in his career to date to suggest he can’t.

And, albeit in a destructive and earth-salting way, this might be one area in which the Mourinho era can have some benefit. A group of players who have been gaslighted and blamed and scapegoated for the last 18 months might now be rather more receptive to the new ideas of a younger, more progressive coach than they otherwise would.

Potter’s Brighton play attractive football yet remain defensively resolute. He is young and English, with Premier League and overseas experience. He’s not a perfect option for Spurs, but there is no perfect option available. He may well be the optimal one.

There’s no denying that it looks a good fit. Spurs possess the one thing Potter’s Brighton have lacked – goalscorers, and how – and their flaws under Mourinho – disorganisation, eye-bleedingly dreary and negative football – are the areas where Potter has most profoundly changed Brighton.