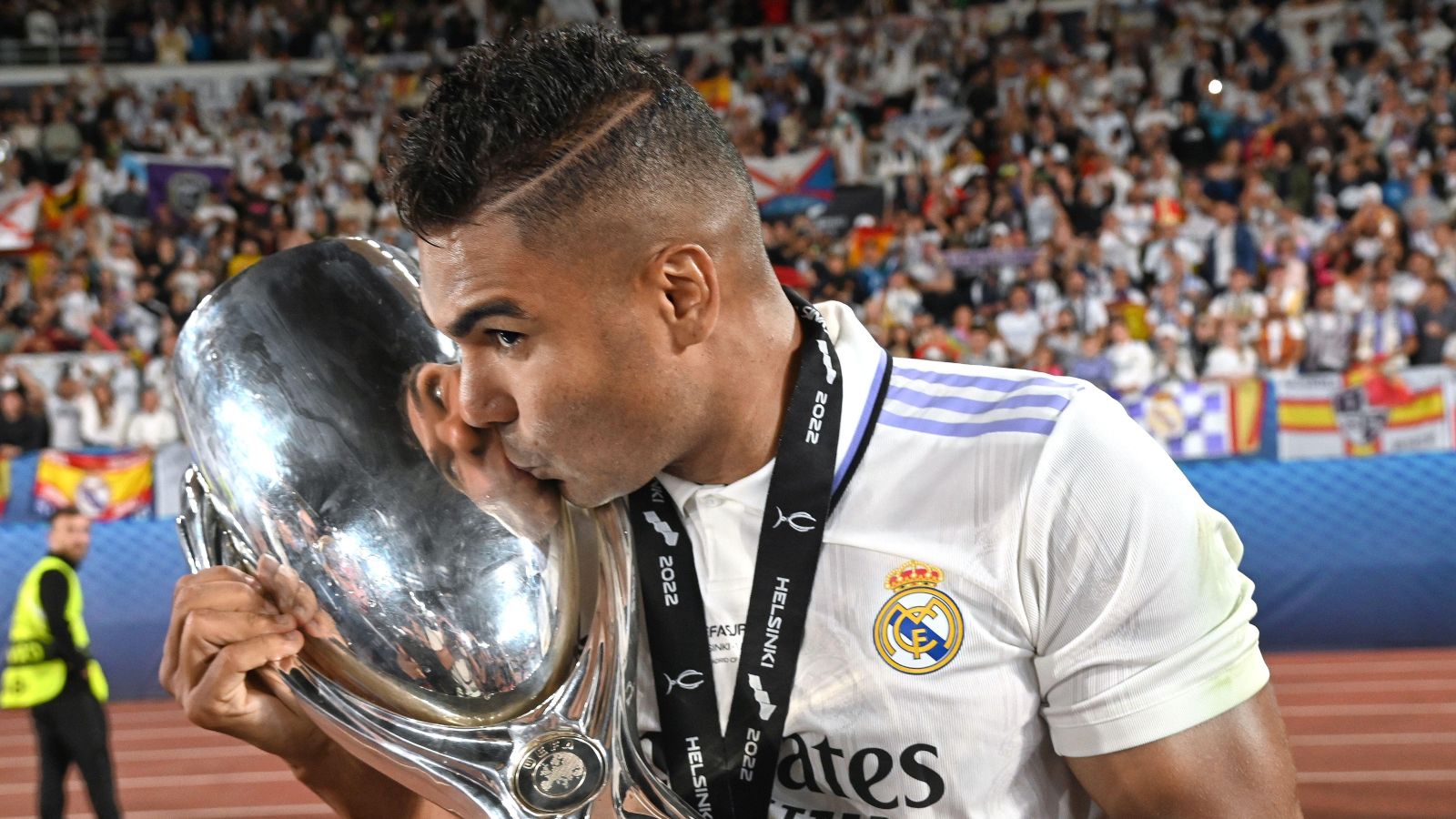 In a tearful farewell to Real Madrid, Casemiro explained his motivation behind joining Manchester United, rejecting claims his move to “the biggest club in England” was all about the money.

United have paid Madrid an initial £60m for the Brazil international, which could rise to £70m with add-ons.

Because of visa rules Casemiro is unable to make his debut for United against Liverpool on Monday but is expected to be paraded around the Old Trafford pitch ahead of kick-off.

In his farewell press conference, during which he failed to hold back his tears, the 30-year-old said: “I was talking to my wife these days and I felt I was like an 18-year-old boy wanting to play now. If it were up to me, I would be playing today against Liverpool.”

The five-time Champions League winner was hurt by a question suggesting he was making the move to United purely for financial gain, claiming that “people are wrong if they think that”, because “it’s the last thing” he is thinking about right now.

He said he felt his time at Real Madrid was over and was looking forward to the challenge of playing in the Premier League, which he “loves” and has “wanted to play in” for a long time.

It was a “necessary” move at this point in his career and he is looking forward to representing “the biggest club in England”.

He said he “wants to leave his values behind” at Madrid but also take his winning mentality with him, which doesn’t quite make sense…

Casemiro added: “I want to leave my values behind, I want to pass on to United what I learned here, that to win titles you have to win day to day.

“I know I’m going to a beautiful, incredible league, everyone speaks well of me with it. At 30 years old I’m at my best, mentality and health, I know how to take better care of myself, I continue to enjoy football and my family.”

Casemiro is United’s fourth signing of the summer, following Christian Eriksen, Tyrell Malacia and Lisandro Martinez through the door at Old Trafford.

He said: “If you buy any players now it’s desperation and it won’t be good.

“Those things should have been done before pre-season. Don’t get me wrong, when everyone saw pre-season I can understand why [Erik] ten Hag, the staff and the board would have thought the squad looks good.

“Who are they going to bring to Manchester United and who is coming to play for United? If you have Chelsea, Liverpool, even Tottenham – a player will pick them instead of Man United.

“De Jong doesn’t want to come to United, he’d prefer to go to Chelsea. There’s a lot of noise in the papers, but we’re doing the same mistakes. I’m a positive man but things don’t look good. Simple.”