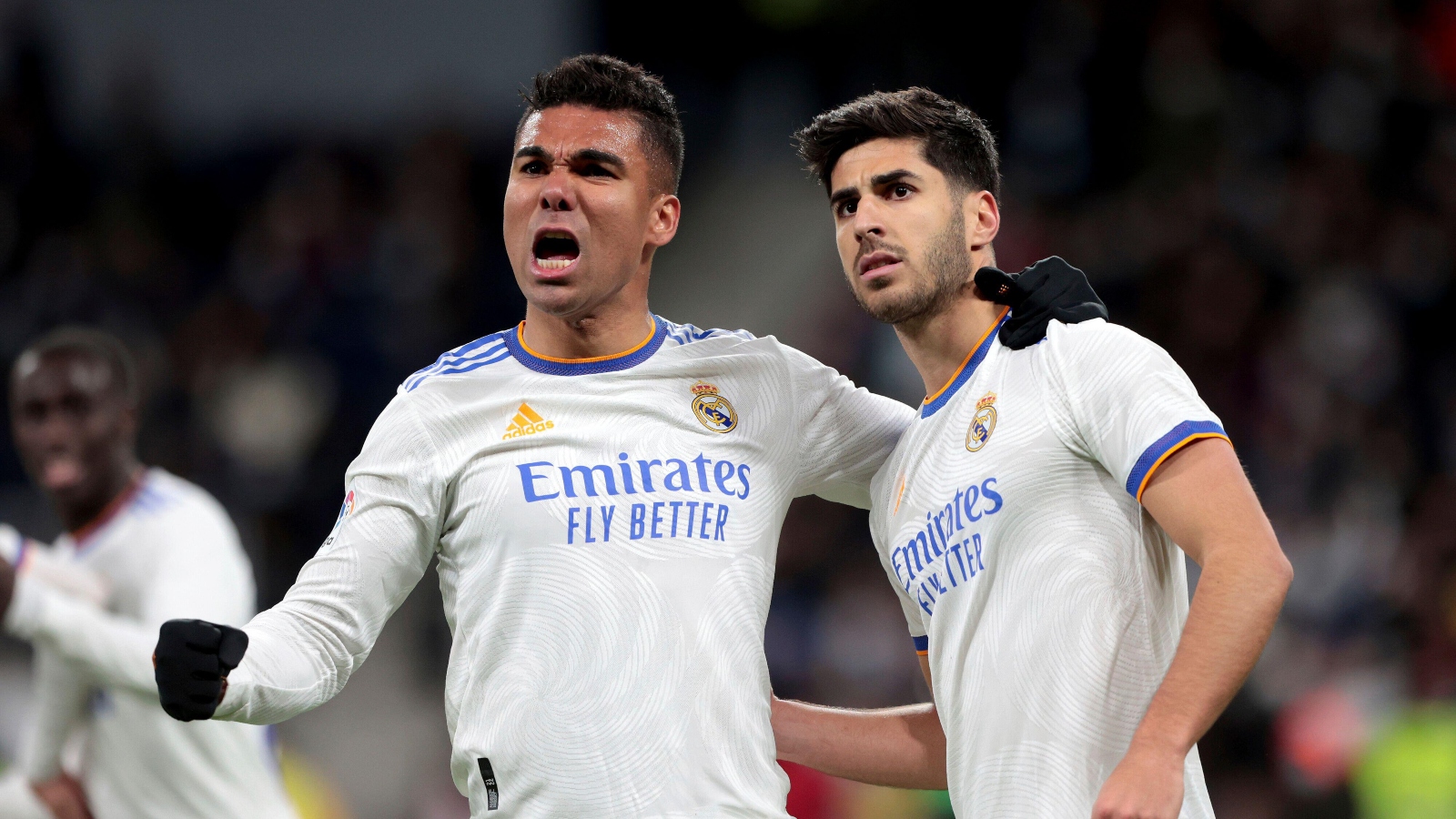 Manchester United new boy Casemiro says he is the “happiest man alive” as he hopes to end the Red Devils’ five-year trophy drought.

After pursuing Barcelona midfielder Frenkie de Jong all summer and failing to lure Adrien Rabiot from Juventus, United thought it would be a wise idea to target Casemiro, who has helped Real Madrid win five Champions Leagues.

And a wise idea it was, with the Brazilian midfielder deciding he fancied a new challenge after winning everything possible in the Spanish capital.

He penned a four-year contract with the option for a further year after United agreed to pay Los Blancos around £64million for the 30-year-old’s services.

The Red Devils are still in for De Jong but the signing does seem extremely unlikely, with the player not keen on the move whatsoever.

Casemiro is in contention to make his United debut against Southampton this weekend.

During an interview with MUTV, the experienced defensive midfielder revealed that he first played at Old Trafford when he was 15 years old.

“I’m coming back here 15 years later, I don’t know whether many people know this, but I played in a competition here when I was 15 when I was at Sao Paulo,” he said.

“You have that film that runs through your mind that 15 years later you come back here to play for Manchester United and not in your wildest dreams would you imagine yourself playing here.

“Obviously when I played in that Nike Cup I would have liked to come here and now that I’m here again I’m the happiest man alive.”

Casemiro also spoke a bit about his excitement to get started.

He continued: “I can’t wait to produce on the pitch and help out my team-mates and help Manchester United to win games and to go on to win trophies.

“It’s the biggest club in England, so I’m really happy and just can’t wait to get going.

“The Premier League is a dream to play in. It’s a wonderful league.”

United are far from finished in the summer transfer window and are reportedly weighing up an astronomical bid to sign Ajax winger Antony.

The Brazilian will apparently cost around £84m.

However, the Red Devils have been linked with another wide-man this week, with Relevo reporting that they are keen on reuniting Casemiro with his former Real Madrid teammate, Marco Asensio.

Spanish journalist Sergio Santos reckons United are ‘determined’ to make an offer worth ‘more than €30m’ for the Spanish international.

However, the Red Devils are facing competition from other English and Italian clubs.

It is noted that Madrid boss Carlo Ancelotti is ‘counting on’ Asensio this season.

The 26-year-old has played seven minutes of his side’s opening two La Liga fixtures this term after scoring ten in 31 league matches in 2021/22.