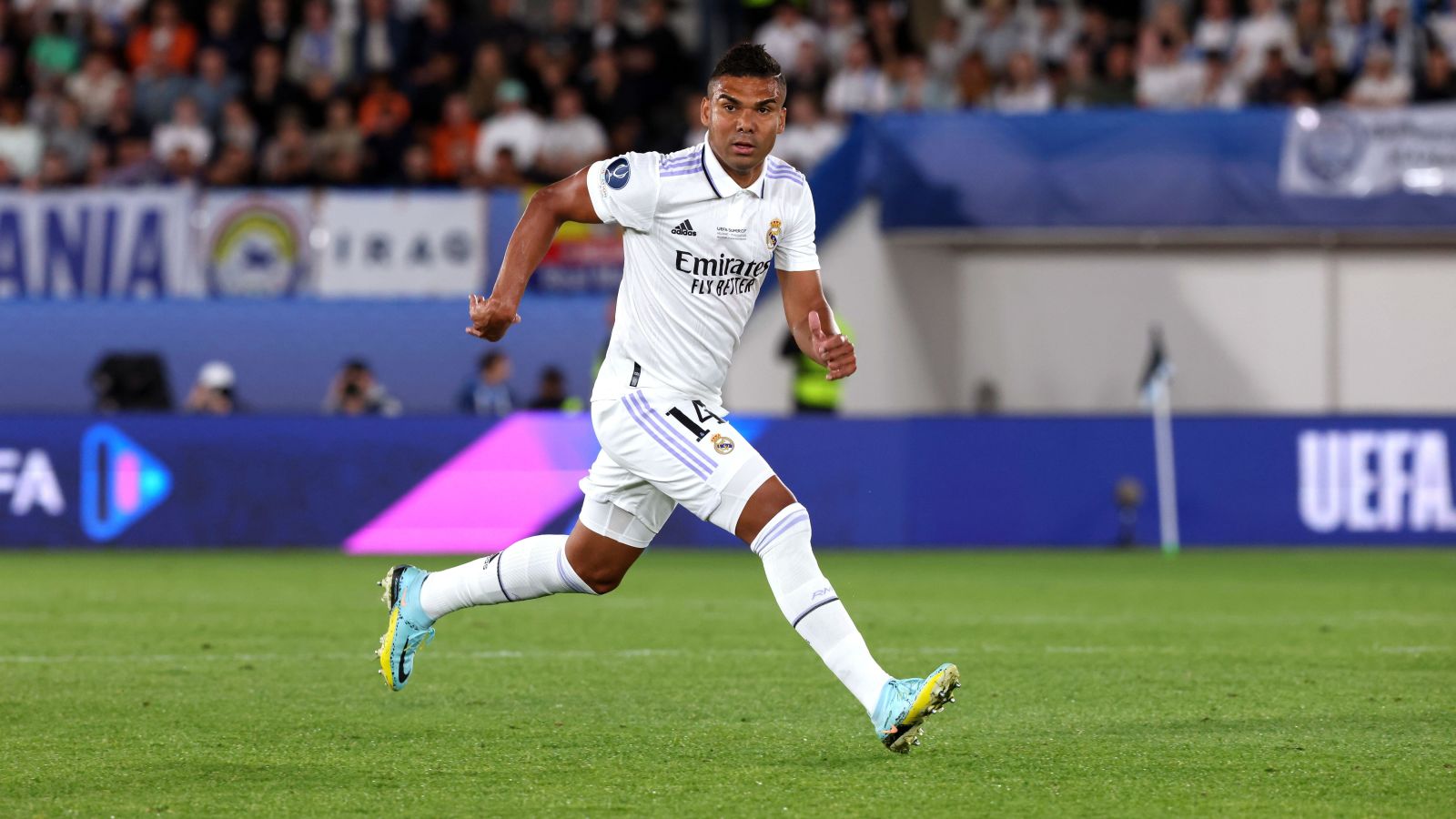 Casemiro will reportedly cost Manchester United a total of £140m if he sees out his contract at Old Trafford, but could earn less if a key target isn’t met.

The Brazilian midfielder has joined United for a transfer fee of £60m, which could rise to £70m with add-ons.

He is expected to be paraded around the Old Trafford pitch ahead of United’s clash with Liverpool on Monday, in a similar manner to the club’s last arrival from Real Madrid, Raphael Varane.

United beat Leeds 5-1 after the crowd saw the centre-back wave and applaud the fans ahead of kick-off at the start of last season and the Red Devils will be hoping Casemiro can give the fans and players a similar lift ahead of the game against their fierce Premier League rivals.

The deal for Casemiro has been at odds with much of United’s transfer business of late, as the club moved quickly to complete the transfer having flown to Madrid for talks for the first time under a week ago.

The Athletic report that the 30-year-old will be in ‘the same ballpark for salary as David de Gea’, who earns £375,000 per week, and should Casemiro see out his four-year contract the cost all told for United will top £140m.

But there is a caveat in the contract, which will see Casemiro take an annual wage cut in the event the club does not have Champions League football.

A significant increase in salary was clearly a draw for Casemiro, but former Madrid teammate Varane is also said to have played a key role in luring Casemiro to Old Trafford, reportedly talking to the midfielder almost daily.

After a disappointing first season, in which Varane missed 16 games through injury, it would be fair to suggest the Frenchman may have warned Casemiro against a move to United, but he may have been convinced otherwise by Erik ten Hag, who has hinted at more game time for the centre-back.

Having started the season on the bench, The Athletic report that Varane has been training alongside Lisandro Martinez in place of Harry Maguire in team shape sessions, ‘indicating that Ten Hag is weighing up a change for the Liverpool game’.

Meanwhile, United are still keen on Ajax star Antony despite having had an €80m bid for the winger rejected last week.

The Eredivisie giants now want €100m, but reportedly would have accepted €80m at the start of the window.