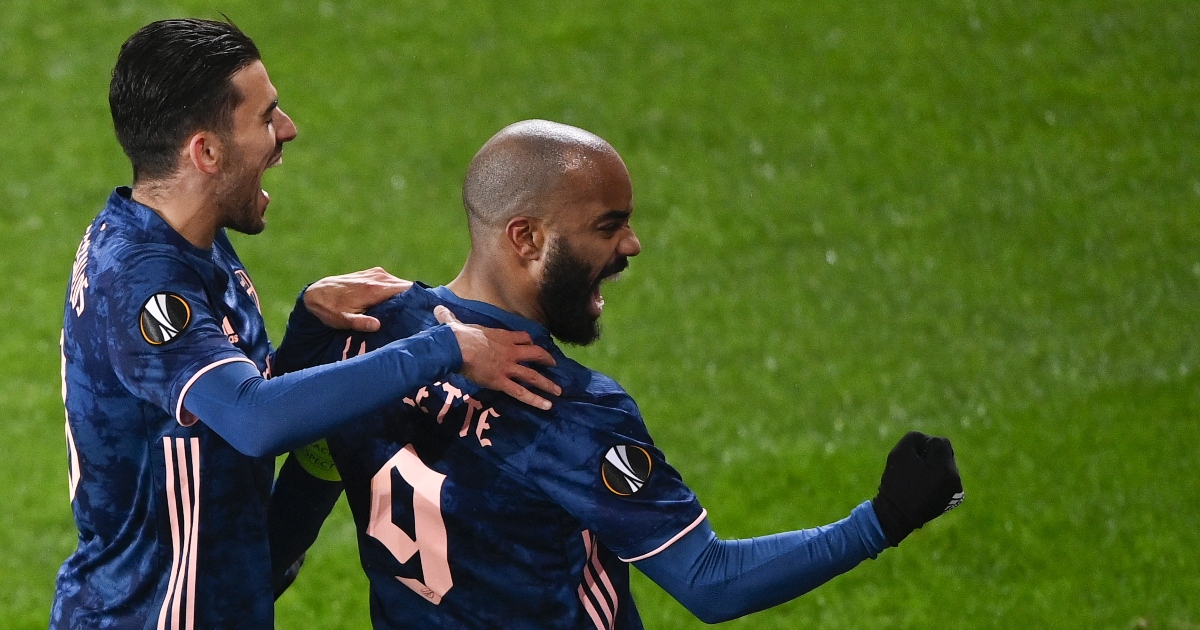 Barcelona have been offered the option to sign Arsenal striker Alexandre Lacazette for €15million, according to reports.

The Spanish giants have been linked with a move for the Frenchman for a while now, alongside Gunners captain Pierre-Emerick Aubameyang.

However, rumours quickly died down and a transfer to Catalonia seemed unlikely for either forward.

A swap deal involving Philippe Coutinho moving to the Emirates was also rumoured, but Arteta was not interested.

The Premier League club have been open to the idea of selling Lacazette this summer with the player in the final year of his contract, with Atletico Madrid also eyeing up a move for the 30-year-old.

And Italian outlet Tuttomercatoweb claim Barca have been offered the option to sign the player for €15m.

Their report also states that Spanish outlet Fichajes claim the LaLiga club are interested in making a transfer happen.

There has been a massive void left at the club since Lionel Messi’s departure to Paris Saint-Germain, while Lacazette is highly unlikely to fill this void, he will certainly bolster their attacking options.

Elsewhere, the Gunners have terminated Willian’s contract after one year at the club.

The Brazil international was picked up by Arsenal on a free transfer from Chelsea last summer.

However, his move did not work out as he notched just one goal in 37 appearances in all competitions.

Arsenal revealed that Willian had left the club via their official website on Monday:

“We have reached a mutual agreement with Willian to terminate his contract effective from today.

“The Brazil international joined us from Chelsea last August and made 37 appearances during the 2020/21 campaign.

“He had two more years to run on his contract but following positive and constructive recent discussions with him and his team, he will be leaving for a new opportunity with Corinthians in Brazil, where he began his career.

“Everyone at Arsenal wishes Willian and his family well for the future. The contract termination is subject to the completion of regulatory processes.”