Home All The News Cavani: I’d like to see how PL teams would do in Ligue 1 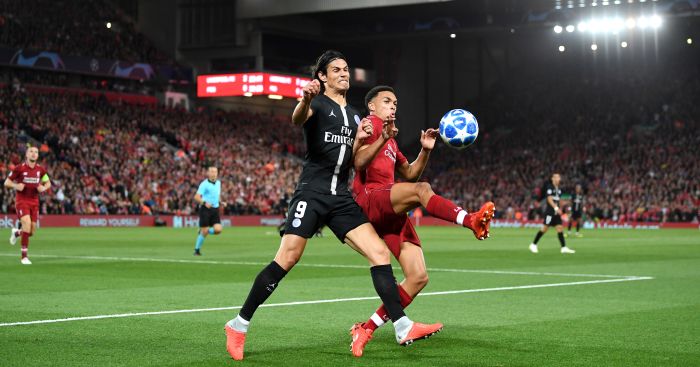 Edinson Cavani thinks it would be unwise to “disparage” Ligue 1 with him questioning the notion that the Premier League is a stronger competition.

The Paris Saint-Germain striker was in the team as the French outfit lost 3-2 to Liverpool in their first match of this season’s Champions League campaign.

Despite the close-looking scoreline, the Reds dominated for large periods as PSG struggled to contain their attacking style.

The Premier League is widely considered as one of the top two or three leagues in the world, but Cavani doesn’t think France’s top-flight is that far behind.

“The best teams in Europe play in the Champions League and when you face them, sometimes you win, sometimes you lose,” Cavani said after the match at Anfield.

“I would like to see Premier League teams play in Ligue 1 so we could see how good they are.

“I wouldn’t disparage the French league, as France are the current world champions and many of their players play in Ligue 1.

“French teams have been playing in the later stages of the Champions League in the last few years. So I just think, this is football. It is what it is.”