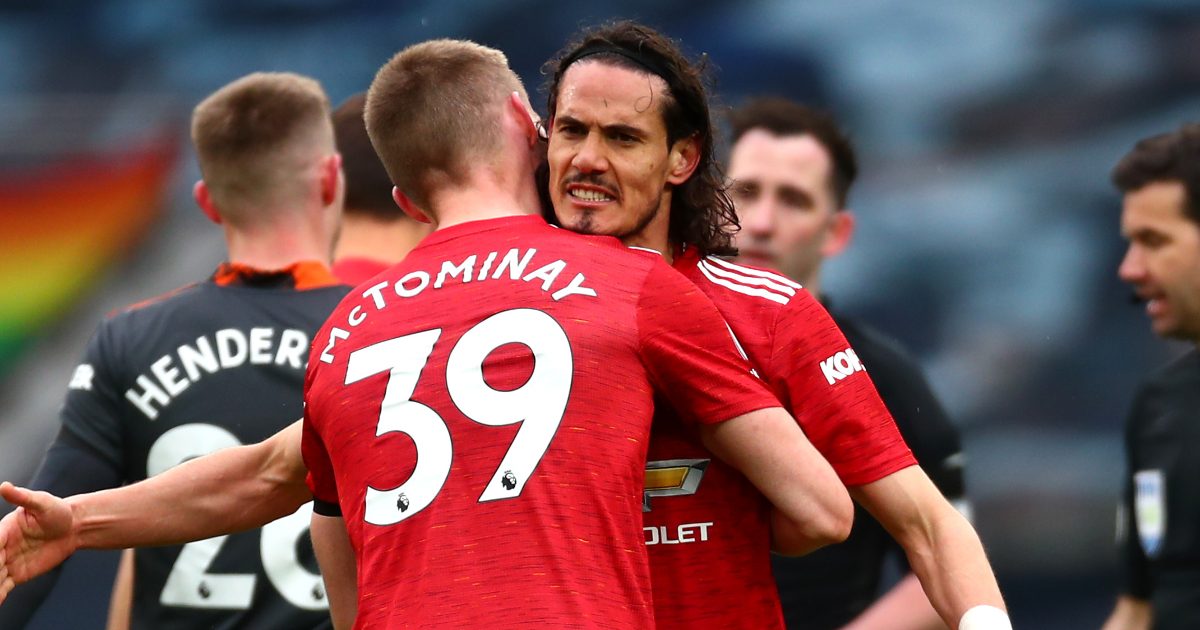 Edinson Cavani has insisted that he is eager to leave “something positive behind” at Manchester United as it remains unclear where he will be next season.

The forward had a prolific three-year spell with Napoli between 2010 and 2013 before he moved to PSG for around €64m.

Cavani spent seven years with them in Ligue 1. He scored at least 20 goals a season every year except for his final campaign with the French giants.

The 34-year-old became a free agent last summer as his contract with PSG expired at the end of the 2019/20 season.

After weeks of speculation, Cavani moved to Man United in October on a free transfer. He joined on a one-year deal and his contract includes an option for a further year.

Some questioned whether Cavani’s appetite to succeed was still there ahead of this season. But he has quickly proved his doubters wrong. He has 12 goals from his 33 outings for the Red Devils.

Cavani’s future is still up in the air as he is yet to commit his future to Man United. He has been heavily linked with a move to Boca Juniors of late.

The Uruguay international told the club’s official magazine that he is “very happy” to see United’s young players learn from him:

“Honestly speaking, I don’t really like to just give out advice. I’m just here to do my absolute best and to support this team and to leave everything I have out on the field, whether that’s in a game or a training session.

“Then, if a young player comes up and asks me something or they see me do things during a training session that they’d like to incorporate into their game, then that’s great.

“I believe that there are lessons all around you, not just from players in your own position.

“You can always take the best bits from someone else and see if they work for you in your own game.

“If they want to take something I say or do on board and take it as an example to use in their future development, then I’d be very happy, because it’s important to leave something positive behind.”