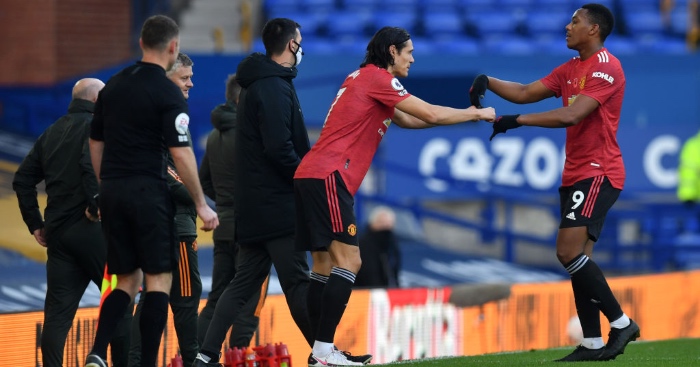 Manchester United boss Ole Gunnar Solskjaer has hinted at a change of position for Anthony Martial after his performance in Manchester United’s 4-1 victory over Istanbul Basaksehir.

The Frenchman has been almost exclusively deployed as the central striker under Ole Gunnar Solskjaer but was shifted to the left in the Champions League on Tuesday.

Edinson Cavani played down the middle for United, with Marcus Rashford on the right, and it provided a balance to the team that pleased Solskjaer.

“Edinson is a good old fashioned number nine and we haven’t had that for a while and I was happy with how Anthony played off the left,” Solskjaer was quoted by the Manchester Evening News.

“I felt first half we saw the intent straight away, they wanted to play and they enjoyed it. It’s a Champions League night at Old Trafford, you’d expect them to enjoy themselves. We scored some very nice goals, I’m pleased.”