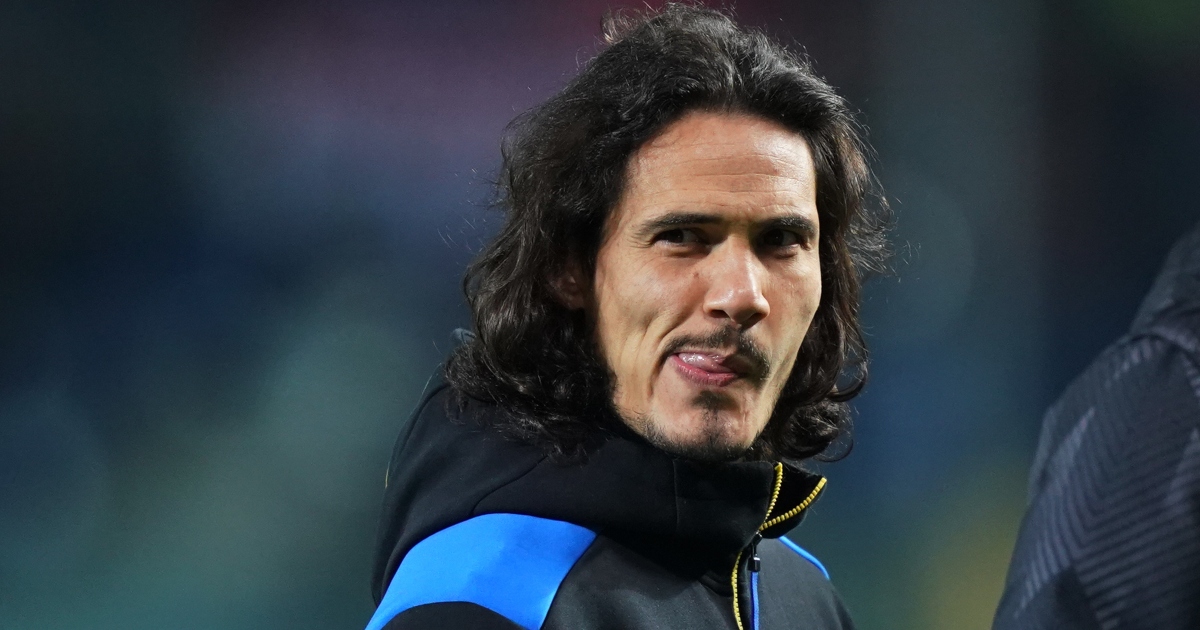 Manchester United striker Edinson Cavani admits his only focus is to concentrate on his team’s next match despite rumours linking him with a move to Barcelona.

Cavani joined the Red Devils in October 2020 following the expiry of his contract at Paris Saint-Germain.

He played 39 times in all competitions last term, scoring 17 goals. The Uruguayan netted in the Europa League final against Villarreal as United 12-11 lost on penalties.

Minutes have been harder to come by this season, however, due to injuries and the signing of Cristiano Ronaldo, who has emerged as the first-choice striker at the club.

The signing of Ronaldo came after Cavani penned a one-year contract extension at Old Trafford. He is out of contract in the summer, with his future unclear.

Barcelona are rumoured to be interested in the 34-year-old, who can negotiate a pre-contract agreement with foreign clubs from January 1.

Cavani is remaining laid back regarding his situation, insisting that he works on a “match-by-match basis”.

“I think one of the most important things, maybe one of the really key things here, is to always approach games and prepare for them on a strictly match-by-match basis,” Cavani told manutd.com.

“That really is what my vision of football is all about, my view of how a season might pan out. Don’t make a lot of plans in your head about anything in the long-term. So, in December or whatever the date, we’ll be there or thereabouts.

“No, I think you have to prepare for each game like it was a final. And then, gradually, keep an eye on how things are going and what’s happening generally. So, I think December’s an important month, to think about and take in that way.

“Focus on the next game, pick up vital points and then gradually keep adding to the points tally, so we can then get to the halfway point in the season, which comes at the end of December, and see what things are looking like then.

“Then, it’s all about keeping going in the same way, step by step, through until the end of the campaign. That’s, more or less, how I view the game of football and each competition we’re involved in.”