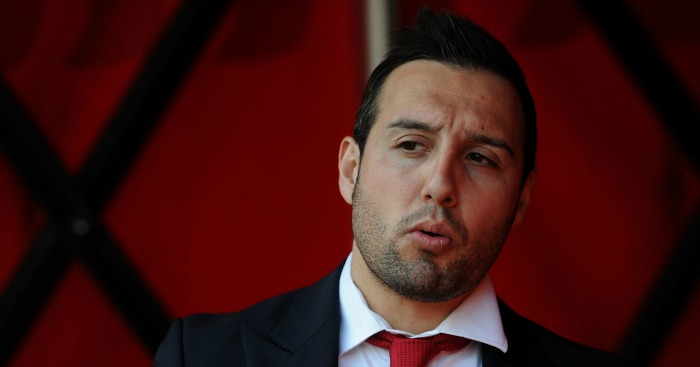 Santi Cazorla spoke of his relief after returning from a knee injury to play his first Arsenal game in over five months.

Cazorla, fifth in our list of the top ten defensive midfielders this season, has been sidelined since suffering an injury against Norwich in a Premier League game in November.

Arsenal have squandered a title challenge, been knocked out of the Champions League and suffered an FA Cup quarter-final exit in Cazorla’s absence.

The Spanish midfielder returned to action on Tuesday for Arsenal’s under-21s side, as they beat Blackburn in the play-off semi-finals.

Cazorla played 60 minutes before being substituted, and provided an assist for Chris Willock during his hour on the pitch.

Speaking to Arsenal Player after the game, 31-year-old Cazorla discussed his return.

“I’m very happy to be back,” he said. “It is a great feeling after five months. I need to keep up the hard work with my team-mates in the first team and I want to play the last two games.

“I would like to help the first team at the weekend against Manchester City. [Arsène Wenger] has the decision, but I will try to play at the weekend. We need to win the last two games as we want to finish in the top four.

“We need to fight until the end to try to get second place. If we win the last two games, we can do that. I want to help my team-mates.”