Home All The News Ceballos on Liverpool: ‘They take the air from you’ 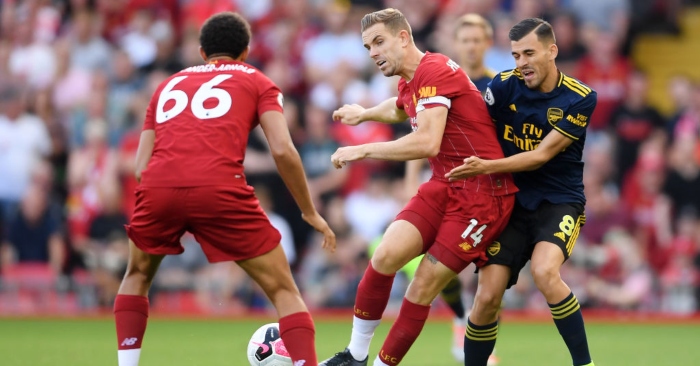 Dani Ceballos has described the hour he spent being pressed by Liverpool at Anfield last month.

The Spaniard – on loan at Arsenal from Real Madrid – lasted little over an hour in the 3-1 defeat before being replaced by Lucas Torreira.

Although impressed with the squad he has found in north London, he was overwhelmed by what he found in Liverpool.

“I’ve never seen anything like what I saw at Anfield; I haven’t seen a team that plays better, that presses like them, the way the fans carry them along,” he told The Guardian.

“They take the air from you. You spend so much time defending and when you want to do something with the ball, when you want to breathe, they’re back on top of you. They’re very well-drilled.”

When asked if that is something Arsenal can emulate, he replied: “We can’t compare it at the moment.

“We’re working on some similar things but Jürgen Klopp arrived at Liverpool in 2015. Unai came last season. Arsenal finished a point short of the Champions League and a small step from winning the Europa League; his arrival will be positive.

“In a few years Arsenal will be in the top ten teams globally, competing for everything.”