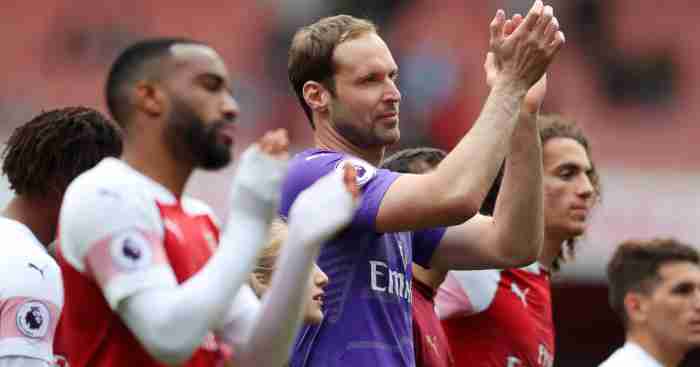 Petr Cech maintains his “sole focus” is to help Arsenal win the Europa League following a report the goalkeeper was set to return to his former club Chelsea in a sporting director role.

Cech, who turned 37 on Monday, confirmed he will retire following the showpiece game between the Gunners and the Blues in Azerbaijan next week.

A report on Tuesday evening suggested Cech – who joined Chelsea from Rennes in 2004 and went on to win a string of trophies, including four Premier League titles and the 2012 Champions League – was set to take up an off-field role at Stamford Bridge.

Chelsea did not comment when contacted by Press Association Sport concerning the story.

Later, Cech took to social media to stress no decision on his future had yet been made.

He said in a post on Twitter: “Despite the news today as I had already said to everybody before , I’ll make decision about my future after the last game . Now my sole focus is to win the EL with @Arsenal ”

Despite the news today as I had already said to everybody before , I’ll make decision about my future after the last game . Now my sole focus is to win the EL with @Arsenal .

After helping Arsenal to reach the Europa League final with victory over Valencia, Cech was asked about his plans once he finally hung up his gloves at the end of the season.

The goalkeeper said in a pitchside interview with BT Sport following the 4-2 second-leg win in Spain: “Well, I have to say I keep the door open for whatever comes.

“You know, staying home, doing nothing, playing ice hockey, playing drums or doing something in football straight away is always a possibility.

“I will just sit at home and I will see what will come – but now really I concentrate on these last weeks, the final, I want to win it, that is all I want.”

Cech added: “I always say the final is there to win, nothing else. In 10 years, nobody remembers who you beat, only the one who won, so you have to be on the winning side.”

Earlier on Tuesday, Arsenal manager Unai Emery hinted that, despite losing his regular first-team place to Bernd Leno, the veteran goalkeeper is likely to start at Baku’s Olympic Stadium on May 29.

“(Cech’s) here because he deserves to be here. His commitment to Arsenal is big. He was playing the last (Europa League) matches, perfect matches, with big performances. I want to enjoy with him this final in his career,” Emery said.

“I’m a privileged coach to be with him. We’re going to use all our effort to win and to be together and enjoy this final together.

“I trust and believe in him. I can use him, I can use Leno, but above all I want to enjoy this with the players, and (what is) a special moment for some players.

“I spoke with Aaron Ramsey, who’s injured, but it’s the same with Petr Cech. I want to be with him (for) his last match, playing or not.”