Home All The News Cech should be starting in Europe, says Ferdinand 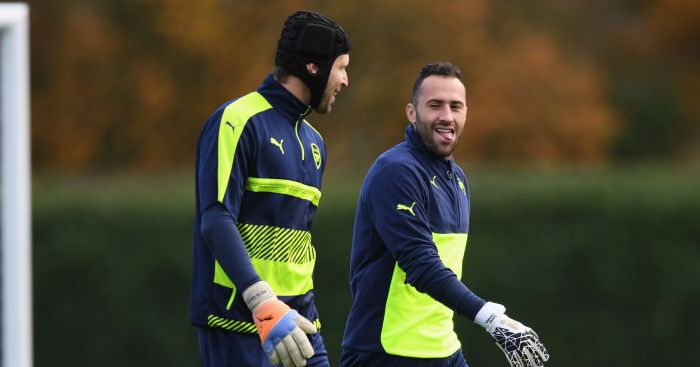 Rio Ferdinand thinks Arsene Wenger is wrong to leave out Petr Cech in Europe while he is Arsenal’s No.1 in the Premier League.

David Ospina is set to replace Cech in net for the Gunners on Tuesday against Basle as they look to finish above Paris Saint-Germain in the Champions League.

The French champions, however, play Ludogorets at home and only need to match Arsenal’s result in Switzerland to win Group A.

Ospina has played every game in Europe so far this season and former Manchester United defender Ferdinand thinks Wenger should stick to the same keeper in both domestic and European competition.

“There are many reasons why I don’t agree with this policy,” Ferdinand wrote in his Evening Standard column. “For starters, Wenger signed a new centre-half in Shkodran Mustafi in the summer and this is a key period of the season for the defence and keeper to work on their understanding.

“The relationship between the goalkeeper and the two centre-halves is one of the most important on a football pitch.

“The more time Cech plays with Laurent Koscielny and Mustafi, the better it is for all of them. They have still qualified for the last 16, so Wenger will be happy about that but could they be ahead of PSG in the group rather than behind if Cech had been in goal up until now? It is a possibility.”

Referring to his own experience as a centre-back, Ferdinand believes that it is better for the defence to play as much as possible with the same keeper so they can build up an understanding on the pitch.

“Of course Wenger is the manager and knows his players better than me but I can’t figure out why he didn’t play Cech for four or five games, secure top spot in the group and then bring Ospina (below) in,” he added.

“When I was playing, I wanted to be playing with the No1 keeper all of the time. It’s about building that triangle at the back.

“For example, I can’t remember Edwin van der Sar getting rested for big games at Manchester United — it only happened after we had already qualified.”