Home All The News ‘Snakes’ and liars: Ceferin tears into Woodward and ESL clubs 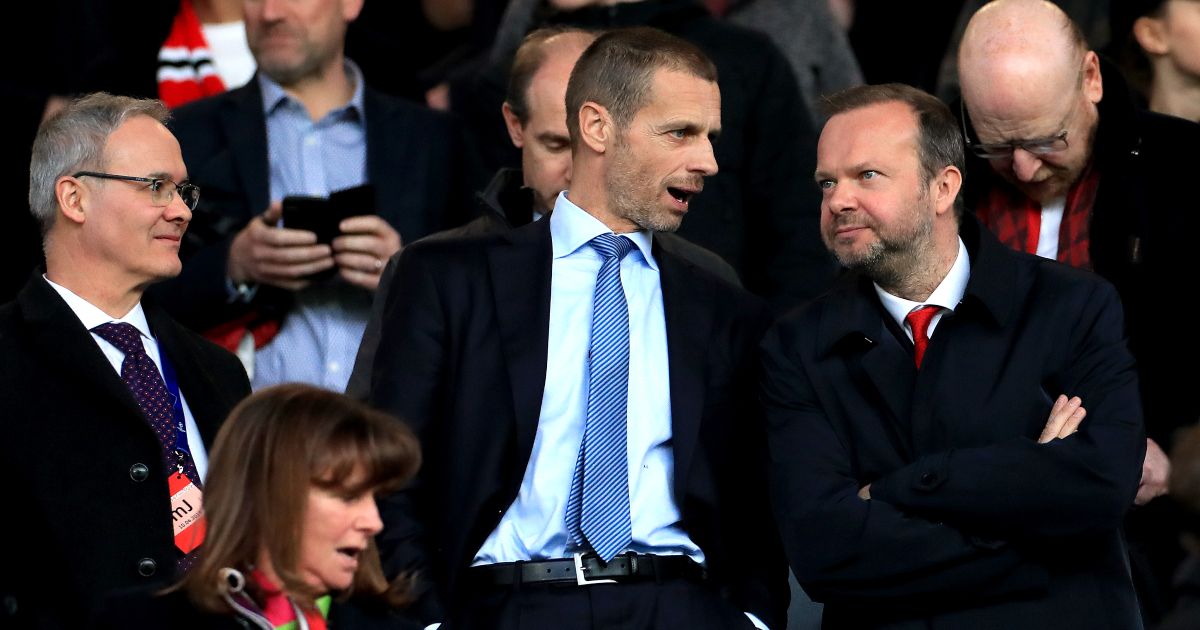 If the plans succeed it would devastate existing European club competitions and in particular the Champions League. A joint statement including UEFA and the English, Italian and Spanish leagues published on Sunday said it would consider “all measures, both judicial and sporting” to prevent the competition going ahead.

This could include attempts to bar the competing clubs from domestic leagues and their players from UEFA’s international competitions too.

And UEFA president Ceferin confirmed on Monday that any player involved in the new midweek breakaway league would be banned from playing in the World Cup and Euros.

Ceferin said: “I cannot stress more strongly how everyone is united against this disgraceful, self-serving proposals, fuelled by greed above all else.

“We are all united against this nonsense of a project. Cynical plan, completely against what football should be. We cannot and will not allow that to change.

“Players who will play in the teams that might play in the closed league will be banned from the World Cup and Euros.

“We urge everyone to stand tall with us as we do everything in our power to ensure this never ends up in fruition.”

Manchester United were reportedly among the ‘ringleaders’ wanting to create a new competition and Ceferin claims that Woodward and Juventus chief Agnelli have both lied to his face.

“If I start with Ed Woodward, he called me last Thursday evening saying he’s very satisfied with and fully supports the reforms and the only thing he want to talk about was FFP, when obviously he had already signed something else.

“Andrea Agnelli is the biggest disappointment of all, I’ve never seen a person that would lie so many times, so persistently as he did. It’s unbelievable.”

Ceferin continued: “We might be naive in not knowing we have snakes close to us. Now we do. There will be legal action soon.”

Ceferin: “We might be naïve in not knowing we have snakes close to us. Now we do. There will be legal action soon.” Says he has spoken to FIFA president Gianni Infantino, who is supportive and is due to speak tomorrow.