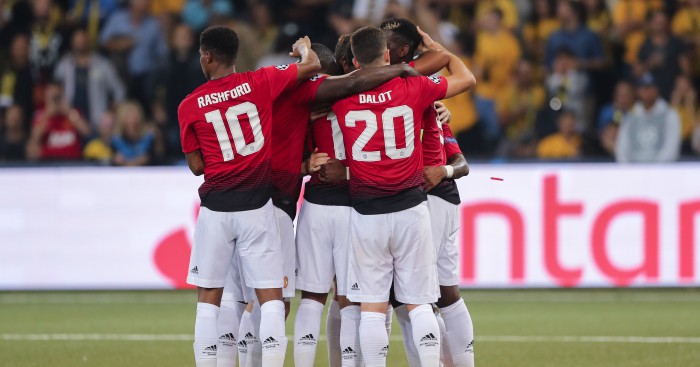 “That was purely about Paul Pogba and his individual brilliance,” said Rio Ferdinand. Indeed. On a night when Manchester United fans almost universally celebrated the announcement of their first Champions League line-up of the season – no Marouane Fellaini, no Antonio Valencia, no Ashley Young – there was little to cheer in their attacking performance against Young Boys barring the individual brilliance of Pogba. Once again, this was a United win born from the talent of one man rather than the excellence of 11.

This game marked only the third time that Romelu Lukaku, Anthony Martial, Marcus Rashford and Pogba all started for Manchester United, and yet three-quarters of that young, supposedly vibrant attacking line-up were massively disappointing. To be fair to Lukaku, the wastefulness of his wide players – passes were too often wayward, balls regularly ran over or under feet – meant that he was lacking any real service. The individual brilliance of Pogba won the game and saved the experiment from being a disaster. It should bear repetition.

That it was Pogba whose driving run created the game’s third goal for Martial after his first-half double should not be ignored. The deflected strike will provide a timely boost to the reluctant winger’s confidence, but it was the direct pace of Pogba that created that deflected strike. And with that goal, the effervescence of the Young Boys was extinguished.

Behind that attacking quartet, Fred continued to look a little lost – and could have been hooked long before the 69-minute mark – while Nemanja Matic is ghosting through so many games that the smugness that followed his capture last summer now seems an awful long time ago. The surface would provide a partial excuse for United’s lack of midfield fluidity if we had not seen similar performances so many times on grass.

Nobody could argue that a 3-0 win did not flatter United, and yet no side that wins three consecutive away games should suffer too much censure. And that they did so while resting Valencia, Jesse Lingard and Alexis Sanchez should be applauded. As should the decision to continue with the central defensive partnership of Victor Lindelof and Chris Smalling, which needs both time and permission to make the odd mistake.

But the major positive for the night was the choice of actual full-backs at full-back, rather than converted 30-something wingers. The physically powerful and technically proficient Diogo Dalot was a joy to watch; his only real problem may be the lack of a natural right-sided forward to form a partnership with. Even at just 19, there are fans already willing to sign away the next ten years to the Portuguese youngster.

Diogo Dalot bringing the 🔥 on his Man Utd debut… pic.twitter.com/xrpoZBJSJQ

That Dalot was matched on the other flank by another actual, non-geriatric full-back was a delicious gift for starved United fans, whose positivity on seeing that line-up could not be dampened by a largely underwhelming performance further up the pitch.

United are yet to find fluidity but this was a night to celebrate full-backs playing as full-backs and the captain delivering a captain’s performance. More of the same please, Jose.