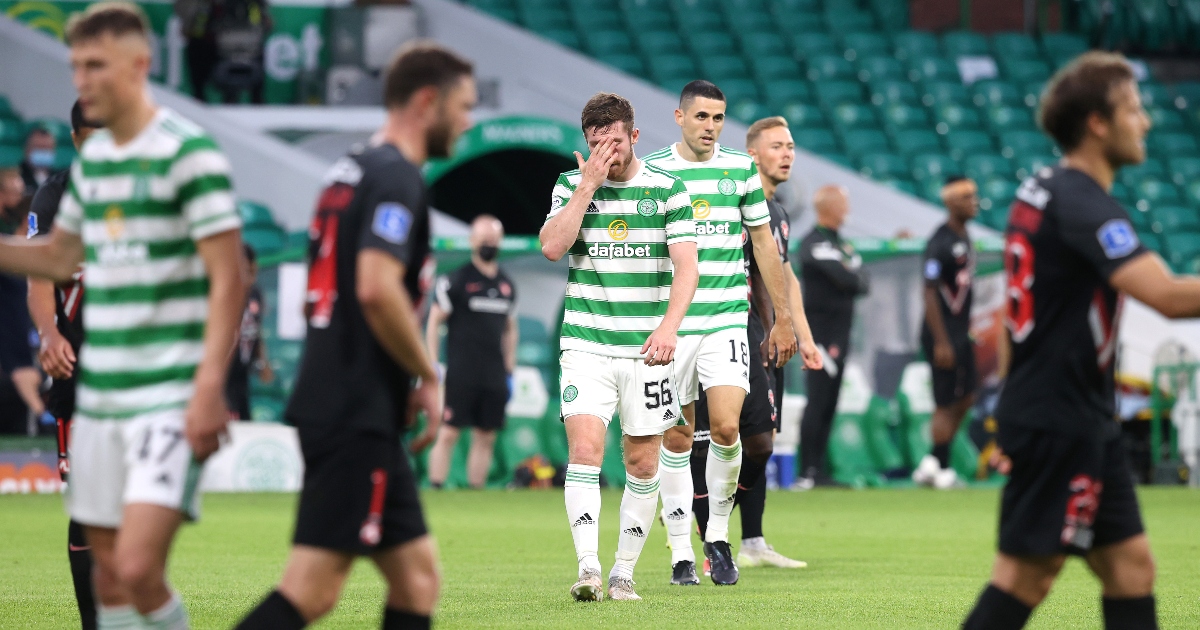 Celtic have crashed out of the Champions League in the second qualifying round after a 3-2 aggregate loss to Danish side FC Midtjylland.

Losing 2-1 in Denmark on Wednesday night, Ange Postecoglou has gotten off to the worst possible start in his Celtic career.

However, the blame should not be passed to the Australian manager, but the board of directors says former striker Chris Sutton.

“Dominic McKay should be phoning up Ange Postecglou and apologising. This is on the board and not the manager,” Sutton said on Premier Sports.

Also taking to Twitter, Sutton claims that it is “no surprise” that the Hoops have been knocked out.

No surprise Celtic going out. Ange Postecoglou has been dealt the worst hand of any Celtic manager in the last 20 years. The powers that be should be ashamed of dealing him this hand. Years of acting too slow and bringing in players too late but this season is something else.

“It’s unforgivable that Celtic are so unprepared for such an important competition. I don’t blame Postecoglou, I don’t blame the young players but I certainly blame the Board Of Directors.”

Their defeat means that they will face Jablonec from the Czech Republic in Europa League qualifying.

Times are looking bleak at Parkhead as they aim to challenge Rangers for the Scottish league title this season.

At the moment they look a long way off and the Gers should be comfortable favourites to retain the championship.

Steven Gerrard‘s side will face Swedish outfit Malmo FF in the third qualifying round of the CL.

The first leg will be played in Sweden on August 3rd and the return leg at Ibrox will be exactly one week later.

Rangers are hopeful that they will be able to play in front of a full house for the second leg as Covid restrictions continue to ease.

Elsewhere, the Glasgow club have been linked with a move for ex-England international Gary Cahill.

Cahill is currently a free agent after leaving Crystal Palace.

Gerrard could bring his former international teammate to Ibrox according to The Sun and the 35-year-old would request £35,000 per week in wages.

Former Tottenham Hotspur goalkeeper Paul Robinson has told Football Insider that Cahill would be an “amazing” signing for the Gers.

“We have seen how fit and strong he still is even though he’s 35. Last year in the Premier League he proved he is still more than capable of playing at the top level. I think he’d thrive up in Scotland.

“That Rangers squad has very little Champions League experience so to have a player like Cahill come in would be amazing.”