Boli Bolingoli flew to Spain, opted not to self-isolate upon his return and played against Kilmarnock. 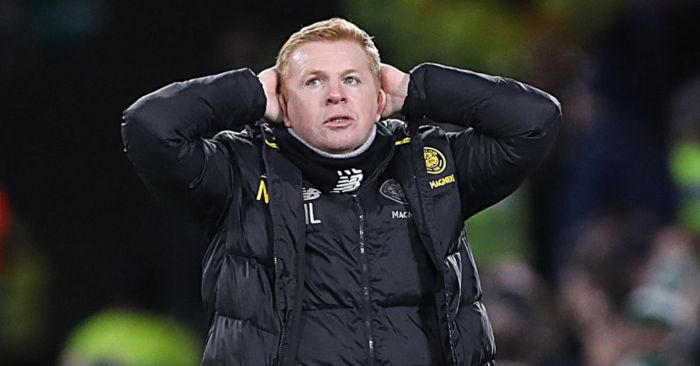 Celtic have had their next two matches postponed and Nicola Sturgeon has issued Scottish football with a final warning after Hoops defender Boli Bolingoli’s secret trip to Spain.

The Belgian flew to Spain last Monday for a 24-hour visit without telling his club and ignored the 14-day quarantine rules before coming off the bench in Celtic’s Scottish Premiership draw with Kilmarnock on Sunday.

The news emerged just after Scottish Government advisers held talks with managers and captains from the 12 Premiership clubs in the wake of eight Aberdeen players breaching rules by going on a night out. Two of them caught Covid-19 and a further six were ordered to self-isolate.

Aberdeen’s clash with Celtic on Saturday has been postponed and the pair’s midweek games – against Hamilton and St Mirren respectively – are off.

The Dons’ trip to play St Johnstone in Perth had been postponed last weekend and the disruption will give the Scottish Professional Football League a major rescheduling headache but it understood there is no doubt over Celtic’s Champions League qualifier against KR Reykjavik on August 19.

The Scottish Government had admitted it was considering a suspension of football after the news broke but, as fresh talks between the government and the football authorities continued on Tuesday afternoon, Sturgeon said: “As a minimum, you should not be expecting to see Aberdeen and Celtic play over the course of the coming week.”

That was soon confirmed by Scottish football’s Joint Response Group.

Sturgeon stressed she did not want rule-abiding clubs and players plus fans to be punished for the individual breaches but warned: “Consider today the yellow card. Next time it will be the red card because you will leave us with absolutely no choice.”

The SPFL has agreed to put in place punitive measures if other clubs or players break protocols as well as helping the government get its public health messages across. It is understood friendlies between clubs will now not be authorised.

Celtic condemned Bolingoli and apologised individually to their Premiership rivals.

A statement added: “It is difficult to imagine a more irresponsible action in current circumstances and we find it beyond explanation. The club will take immediate action through our own disciplinary procedures.

“All of our playing and backroom staff have been tested twice for Covid-19 since this incident and all, including the player in question, have tested negative. While this comes as a relief to all concerned, it in no way diminishes the seriousness or stupidity of the player’s actions.”

Manager Neil Lennon added: “We were livid and appalled. We have been bitterly, sorely let down by the selfish actions of one individual.

“The actions of the individual is baffling. The players are angry, disappointed and frustrated.”

“We sympathise with the position this puts the Scottish Government in as the country is tentatively easing its way out of lockdown restrictions,” Petrie added.

“Clubs and players are in no doubt that there is now no more margin for error and no more scope for further breaches.”

SPFL chief executive Neil Doncaster added: “We have only been able to restart matches thanks to the enormous efforts and sacrifices of literally thousands of people across the Scottish game. For anyone to put that in jeopardy in such a thoughtless and selfish manner is just beyond belief.

“The vast majority of players and officials who have strictly observed the necessary restrictions will rightly see this as a real kick in the teeth.

“Everyone knows that this season’s fixture schedule is already horrendously tight without having to reschedule matches because of the irresponsible actions of a handful of players.”

Scotland’s national clinical director, Jason Leitch, added: “I share the disappointment of many fans at this setback but this is another example which unfortunately demonstrates that the current system is not working as intended and does not give me the confidence I need that the required protocols are being followed.

“The football authorities and clubs must be able to provide the Scottish Government with the confidence required that everyone involved in the sport understands the absolute necessity of adhering rigorously to the guidelines in place so that football does not present an unnecessary risk to public health more generally.”